Queen Elizabeth declines the ‘TOOTY’ Awards; let’s take a look at some other absurd awards!! 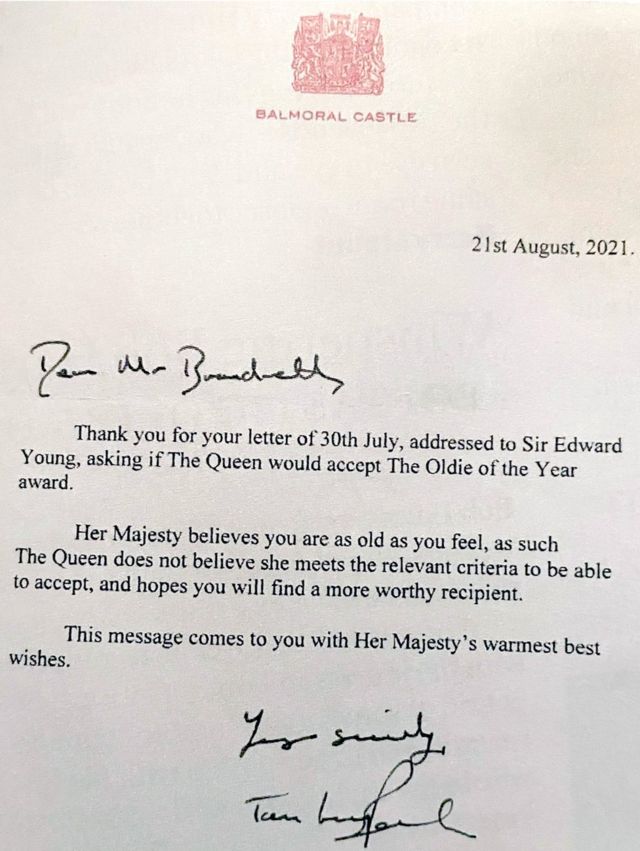 TOOTY AKA The Oldie Of The Year

These awards are organised by the British magazine The Oldie. These magazines, as the name suggests, were designed for the older generation who needed some other form of entertainment that the “press obsessed with youth and celebrity” couldn’t provide them with. The whole concept of the awards is very cheeky and ironic. It celebrates the achievements and/or notoriety of an ‘oldie’ over one year. Each year a new Oldie is nominated.

This year, it was none other than the oldest and the longest reigning Queen Elizabeth II. However, the Queen politely declined as she believes that she does not meet the criteria because “you’re only as old as you feel”. And it’s obvious that the Queen is still young at heart.

Queen’s late husband, Prince Philip, was also awarded Consort of the Year in the year 2011.

Just like ‘ the oldie of the year’ award, there are various absurd awards that are worth knowing about. Like,

India’s very own Ghanta Awards is a great example of absurd awards. These were founded in the year 2010. These awards celebrate exactly the opposite of what the major awards like Filmfare does. These awards are bestowed upon the worst movie films of Bollywood. As a trophy, a large golden bell like those used for worship are awarded. The time of these awards are approximately the same as the awards season in Bollywood. Moreover, the descriptions of the nominations are hilarious.

The Ig Nobel prizes do not need an introduction. These awards have gone astonishingly popular in the last few years. Always making the news, these awards were started in the year 1991. Organized by the famous scientific humour magazine, The Annals of Improbable Research, these awards celebrate the most unusual and probably trivial achievements in the world of science and technology. These awards aim to “honor achievements that first make people laugh, and then make them think.”

The name Ig Noble is a play on the word ignoble which means ‘not noble’. Interestingly these Ig Nobel prizes are awarded by Nobel Laureates themselves at Harvard University.

Now this award is truly the most absurd award. Meant to be funny, these awards can sometimes come across as offensive. The reason is the award’s criterion of nominations. The award is for those people who died or became impotent by their own stupidity. The website of The Darwin Awards states that, “In the spirit of Charles Darwin, the Darwin Awards commemorate individuals who protect our gene pool by making the ultimate sacrifice of their own lives. Darwin Award winners eliminate themselves in an extraordinarily idiotic manner, thereby improving our species’ chances of long-term survival.”

This award was founded in 1985 by Usenet newsgroup and is managed by Wendy Northcutt. Although Northcutt believes them to be ‘funny-but-true safety guides’, these have in the past offended people who actually knew the deceased.

These were some of the most absurd awards in the history of awards. Which did you like the best? Comment below!

Is Nishant Bhat The Mastermind Of Bigg Boss 15?

Ask These Questions To Yourself & Save Your Mental Health From Depleting