Understanding how National Ambulance service is performing in the country

As per the national census of 2011, about 69% of the population of India lives in rural areas. In the 5,40,867 rural villages of India, only 22 % of the rural population lives within 5 kilometres from the nearest town. 28 per cent live in the range of 5 to 10 kilometres from a town and about 50 % are located 10 kilometers from their nearest town. Even though poverty exits in urban areas, it has been predominantly a rural phenomenon.

It was in this context that the Indian government first initiated the National Health Rural Mission (NHM) and then the National Health Mission (NHM), which covered the urban population too. The government recognized the quality health care as an important factor in the well-being, productivity, and overall economic growth of the nation. Therefore, NHM took the challenge to infuse appropriate financial, managerial, and technical inputs to provide strength to the health care delivery in the country.

Under the National Rural Health Mission, the Indian government initiated the National Ambulance Service (NAS) with an aim to extend universal access to advanced and basic life support services to people living in rural areas. Some key objectives were to reduce the mortality rate in infant, maternal, and children by transporting needy ones to the nearest medical facility.

As per the official website of National Health Mission which comes under the Ministry of Health and Family welfare, ambulance networks were non-existent in 2005 when NRHM was initiated but now 33 states and UTs have the facility where people can dial either 108 or 102 for calling an ambulance. It says that Dial 108 is predominantly an emergency response system, designed for accident victims, trauma and patients who need critical care. Dial 102 services intend to cater to the needs of pregnant women and children by transferring them to medical facility from home. Operational cost for 108 ambulance service is supported by NHM on a diminishing scale of 60 % in the first year, 40 % in the second year and 20 % thereafter. For 102 services, NHM bears both the financing for both the operational and capital costs.

There are 10,238 ambulances under 108 emergency transport systems, while 10,147 ambulances under 102. Additionally, 5499 empanelled vehicles are used in some states to provide transport to children and women such as – Janani express in Madhya Pradesh, Khushiyo Ki Sawari in Uttarakhand, Yan Prakapla in West Bengal and Mamta Vahan in Jharkhand.

National Rural Health Mission stipulates that all state governments and Union territory authorities must ensure the availability of GPS (global positioning system) fitted ambulances provide an assured and reliable transport for pregnant women and newborns/ infants without any charge. The NRHM also asks to establish control rooms for timely response and provision of services. NRHM asks state authorities to drop-back facilities for children, mothers and newborn admissions. They want the ambulance to reach the place within 30 minutes after the call.

Is the number of ambulances enough in India?

It is very difficult to understand if India has enough ambulances or not, still, we are giving it a try by comparing the number of ambulances as per population according to the World Health Organization standards. We must inform you that WHO standards take the only centralized public emergency system into account and not private ambulances. Apart from Andhra Pradesh, there is no other state which has a lower number of ambulances than the required number, as per WHO standards. This means ambulances across the country are more in numbers which the International standards ask. Private ambulances or commercial vehicles that are used as ambulances are not taken into account.

These numbers might be overwhelming, but it is to be understood that the reported number of ambulances would not necessarily be sufficient, operational or have access to required infrastructure. Several studies across the country have evaluated various aspects of the functionality of ambulance services and have found gaps in their services.

How is the condition of these ambulances?

Living in India, we know that the country faces certain challenges when it comes to health infrastructure because of the massive population and poverty. Still, if we look at ambulance services in India, it is at par. You dial the number and ambulance reaches your door within 30 minutes.

Of course, there will be some incidents when people can suffer while finding an ambulance in a very remote area because we are a humongous population. Even at the time of the global pandemic, we have hardly heard reports of people dying because they didn’t have access to an ambulance. However, there could be a debate on the conditions of these ambulances.

An AIIMS study of 2012 indicates that out of 152 state-run ambulances, only 21 had advanced life-support facilities like ventilators, defibrillators and medicines for use in critical or trauma-related cases. 10 ambulances had basic life support systems without ventilators or medicines and the rest were basically a white van with a stretcher.

Questions have also been asked on the governance of ambulance services in the country. According to a news report published in TribuneIndia.com, by Ambika Sharma, ambulance service provider ‘GKV EMRI’ in Himachal Pradesh halted the operations in July 2020 citing losses and unresolved issues with the government of Himachal Pradesh. Questions on the maintenance of vehicles, equipment, skill upgradation, networking with government hospitals, awareness about the Dial 108 and Dial 102 services amongst people, have also been asked. 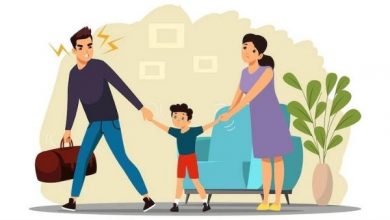