“Ladkiyon ye nhi krti, ladkiyan ko voh nhi krna chaiye” (Girls don’t this, girls should not do that) has long been morally policing what is right and wrong for a girl to do. Be if from speaking in a high-pitched voice, wearing a particular type of clothes, carrying their body in a certain way, walking, speaking, or just choosing things for themselves, as simple as choosing to use a mobile phone. They are always morally policed, for reasons that neither make sense nor are just. And one such instance can be the behaviour of policing the use of technology for a woman. It is a common belief that ‘Girls are less Tech Savvy’ and this common belief is being enforced by how we parents enforce and perceive technology for their children and discriminate in their choices.

Well, these facts are not staggering because we all are quite aware of them and see them every day, happening, existing. Here are the probable reasons why parents are disapproving and discriminatory towards exposing girls to the digital world. 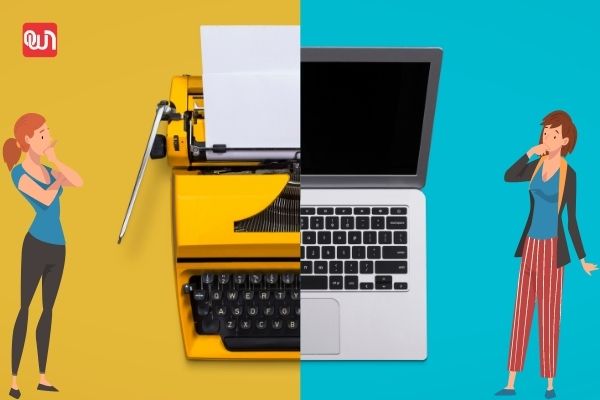 Digital literacy will make women more empowered than they should be

It is just like education, Women have long been struggling for their educational rights, now it is digital literacy too. In the present world, digital literacy is a power, a sign of empowerment. Knowing how to use a phone, what is social media, how to communicate with people digitally, can be a boon. And this can lead to the empowerment of women by many folds. In India, less than a third of total internet users are females, that is 29% and the first among all the reasons behind the gap is social conditioning. Society wants women to hold a socially weaker stand, and mobile phones or digital literacy certainly not let that prevail. Hence, the social conditioning of not justifying the use of technology for women prevails. And parents, with their subconscious discrimination, enforce it.

Women will get spoiled if they will use technology

It is a common belief among parents that social media or the internet spoils a person. But when it comes to men or boy children, the subconscious impact of patriarchy is such that they feel that men can handle it as they are intelligent enough to identify the right or wrong in the digital world. But for women, or the girl child, the stereotypical identification of their gender as weak, innocent, less aware, in the sense that they could not handle the digital world and get influenced by it is a scud belief.

So, what should be done?

It is not that the access use of technology is just for boys. Right? But if people justify that for boys, then why not for girls too? And if it is not justified for girls, that why not for boys too. The digital world is quite big, and it is certainly not surprising for a child to get overwhelmed by the offerings of the digital world that it ends up becoming harmful for the child. So, the way out for the parents can simply be to decide how much exposure to the digital world is good for their children based on the age group of their children. This decision should not be based on and influenced by the gender of their child.

Why Do we struggle to remember our Dreams? What is the Science Behind Why we Forget our Dreams?