Article 15 to Simba: 10 unforgettable bollywood movies based on Policemen

Bollywood has recently started creating films on police and it is great. Films like Article 15 makes realise the value and appreciate the sacrifice of policemen for us. Here is a list of 10 unforgettable Bollywood movies based on policemen that you should watch.  Such films act as inspiration for the people who work for the country and make the whole country proud. Today we will talk about some movies based on police.

It is a real-life story starring Ayushmann Khurana. It is based on the Indian caste system and how Indian society is divided into upper and lower classes. It depicts the story of the case of a missing girl who is investigated by a newly appointed officer. 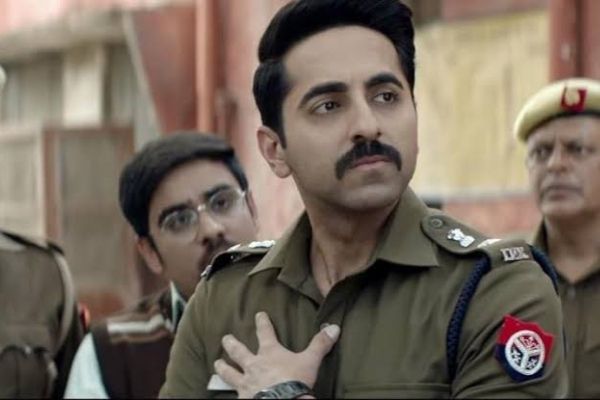 This is a great film starring Rani Mukerji. There aren’t many cop movies with a female lead. We all loved seeing Rani in action and that too in bold avatar. The film gave millions of women strength. It is the story of a mission Rani Mukherji’s character faces to uncover the secrets of human trafficking. There is also part two of the film.

In playing the role of Inspector Vijay Khanna, Bachchan not only wore the hat of ‘Angry Young Man’ as Salim-Javed penned it, but it was probably the first mainstream Hindi film where the protagonist was seen in a Police uniform. . As Bachchan created a ruckus, he gave the uniform a lot of respect.

It is a well-known fact that Aamir Khan chooses his roles wisely and the character turned police officer from a medical student is considered one of his best. He leads the fight against the terrorists who killed his brother and this was the first time we saw him play the role with such calmness and maturity. This role gave us an insight into how versatile Aamir Khan is and the character of the avenger, the grumpy and gritty cop adds to his roles and make it one to remember.

Singham’s character as a gritty, truthful, and not a no-nonsense cop, came out as a winner among the audience. Ajay Devgn does full justice to his role as an inspector who leads an attack on a corrupt politician. The attitude that Devgn throughout the film was of a fierce cop which is certainly commendable.

Akshay is a small star. He can't be trusted wid a big budget film. In his so called Golden phase his movie is getting promoted as a Multistarrer flick. Akshay Dance steps and Expressions looked Cringe Af..
Only Saving grace in #AilaReAillaa song is Ajay Devgan's Singham step.. pic.twitter.com/7BQ6jNJ8xC

Akshay Kumar never fails to impress and entertain his fans and this film was surely going to please the huge crowd. The actor takes on a dual role, one a small-time thief and the other a fearless top cop. In the film, when the character of the police officer dies, the thief steps into his shoes and fights the villains in his style. Be it slapstick dialogues or quirky dance moves, Rowdy Rathore was an out-and-out masala entertainer.

In this film, Manoj Bajpayee’s portrayal of a patriot and an honest cop helped him win the Filmfare Award for Best Actor (Critics). Usually, when actors play the role of a police officer in a film, they follow a certain manner and attitude. However, Manoj Bajpayee’s character Samar Pratap Singh was more of an emotionally driven cop.

#Shool (1999) – Story of a Police Officer & his family. What a Solid Movie & Perfomance !! pic.twitter.com/YsB9YLwdEr

Ranveer Singh is playing the role of an inspector for the first time in Simmba. The trailer reveals that his character transforms from a corrupt police officer to a ruthless cop, who makes sure that no one gets away with his crimes. Ranveer breathes life into the character with his energy. The actor also looked quite the badass in the trailer and fans were eagerly waiting to see him as a cop on screen.

Why It Is Important to Have Attitude of Gratitude, Tips By Aashmeen Munjaal