Kamakhya temple in Assam celebrates Shakti’s “those days” as the festival. The story of the bleeding goddess!

Story of the Bleeding Goddess

What does science say about this?

There are days in a month when you are not allowed to touch any religious items and are told not to enter the temple. Why? Because you are impure! Yes, which actually means you are menstruating.

While orthodoxy and the conservative Indian society consider menstruation a taboo and look at sexual organs with shame, one famous Hindu temple proudly celebrates menstruation and worships the Yoni with great pomp since time immemorial. She is the Bleeding Goddess.

The ancient shrine of Kamakhya is one of the four most critical tantrika sites associated with Shakti. The temple located in Assam is among the 108 Shakti Peethas.

Story of the Bleeding Goddess

The Yoni (female sex organ) of Devi Sati ‘fell’ at this very spot after her charred body was carried by the grief-stricken Shiva. For the unversed, Devi Shaki fought with her husband, Lord Shiva, and attended her father’s great Yagya without Shiva’s approval. It is customary to pay respect to the mighty Shiva before commencing Yagya. But Shiva was not invited, and Shakti’s father, Daksha, refused to pay respect to him.

Unable to bear the insult, Devi Shakti committed suicide by burning herself in the fire of Yagya. Furious Shiva placed Devi Shakti’s charred body on his shoulders and began his tandava, the dance of destruction. Very well versed with the consequences of this, Bhagwan Vishnu divided Sati’s body into several pieces to bring Shiva back to normalcy.

The Garbhagriha (sanctum) of the Kamakhya temple in Assam does not house any idol. The self-manifested yoni of Devi is worshipped as the primordial supreme divine feminine appearing in all its splendour, displaying the creative powers, the origin of all life, and the mother of the whole existence.

In the monsoon months, Ambuvachi mela, a great festival, is celebrated in the honour of Kamakhya, witnessing the largest gathering of people in the North-eastern part of India.

Tantrika sadhakas and devotees throng the shrine of Kamakhya from every corner of the world during Ambuvachi. But what makes this temple and this festival so unique?

The Yoni of Kamakhya bleeds during Ambuvachi! Yes, you read it right. The great goddess herself gets periods. The water of the Brahmaputra River miraculously turns red every year during the menstrual cycle of Devi. It is believed that in the month of Ashadh or June, the Goddess bleeds or menstruates.

During the Ambuvachi festival, the Yoni of Devi is covered in cloth, and the doors of the Kamakhya temple are sealed. The bleeding goddess is not to be disturbed for the next four days, allowing her to rest.

The sealed doors of Kamakhya are opened on the fourth day of her period, and the cloth covering her yoni is seen literally drenched in menstrual blood.

This cloth is greatly revered and received by devotees as Prasadam. The menstrual blood, considered ritualistically impure nowadays, is considered highly sacred at the Kamakhya Shakti Peeth.

What does science say about this?

There is no scientific proof that the blood turns the river red. Some people say that the priest pours sindoor into the water. Science places various reasons on the table for this miracle.

The first reason is that the soil of this area is rich in iron content. This gives the water a blood-red colour.

The second reason could be that the shrine of Kamakhya is situated in the mountains. The mountains have large deposits of Cinnabar, also called mercury sulphide. They are red.

Moreover, in the Kamakhya temple, rock pieces are usually sold in the name of Kamakhya or Kamiya Sindoor. It is often said that this red colour sindoor has the immense ability to control the mind power. So, it is also known as the Vashikaran Sindoor.

Though these reasons are sufficed to believe why River’s colour is red, however, nobody can provide a proper explanation for why for only three days, the Brahmaputra turns red? Furthermore, why only in June, why not for the whole year?

Sometime in the future, someone might come up with a proper explanation, but the belief cannot be denied.

The message given by this temple is loud and clear. Our ancestors did not see sex organs as mere objects of satisfaction. Ancient Hindus celebrated and revered the power of every woman to create and give birth to live. In a society where menstruation is shamed and spoken about in ‘whispers.’ It is high time we follow the steps of our ancestors. 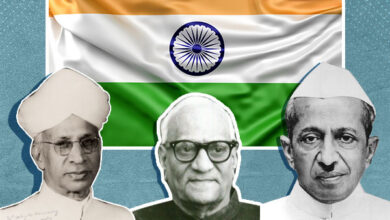 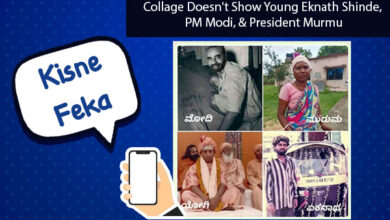 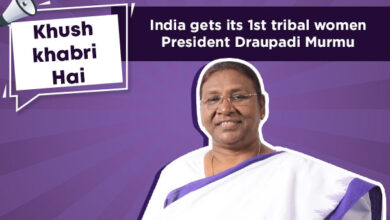 Introducing India’s Next President! 6 Good News of the Week 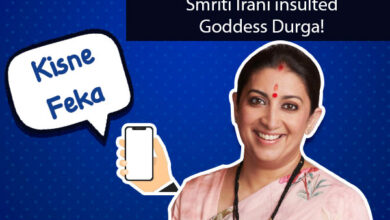 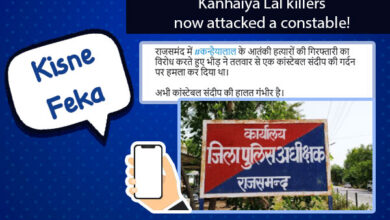