Maa Durga and her nine avatars forms are worshipped by Hindus all across the India. The nine forms of Maa Durga, also known as Shakti, Maa Katyayani is worshiped on the 6th day of Navratri is dedicated to Maa Katyayani. She is known to be the fiercest form of Maa Durga, appearing as a warrior goddess who was born to destroy utterly demon Mahishasur, the demon. In this form, Goddess Parvati is also known as Warrior Goddess.

Related : Goddess Skandamata is worshipped on the fifth day of Navratri

Maa Katyayani is a symbol of Shakti called strength. She stands for knowledge, the victory over evil. She is a prominent Goddess in Hinduism and is a symbol of unique strength to female devotees. She inspires women to face challenges, to fight for their rights for what is right and believes in their inherent strengths.

According to religion, Goddess Parvati was born in the home of sage Katya and due to which this form of Goddess Parvati is known as ‘Katyayani’. Maa Katyayani is the Goddess who has the power to bestow boons to young women for a happy married life. In fact, in the Bhagavata Purana, there is a mention of Katyayani Vrata. The young women would bathe in Yamuna River and worship Maa Katyayani.

This Vrata was to be observed in the month of Margashira as they prayed for Lord Krishna as their husband. Women observe this Vrata for a month-long period to appease the goddess.

Related: Maa Kushmanda isworshipped on the fourth day of Navratri : How to seek her blessings?

Therefore, to seek the desired soul mate and husband, young women of marriageable age chants the Katyayani Mantra. It is a mantra that has the power to eradicate obstacles in the path of love and seek a blissful marital life. 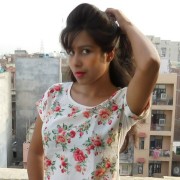 15 Quick and Easy Ways to Make Others Happy

National Boyfriend Day : Indians revealed qualities they look for in their Boyfriend

What is Navratri? Significance & All You Need To Know

How Good is Saying ‘I am Sorry’ After Hearing About Divorce?