September 26 marks the World Contraception Day: Where does India stand when it comes to awareness!

September 26 is celebrated as World Contraception Day. It is a part of a Worldwide campaign that creates awareness that every pregnancy in the world should be wanted.  World Contraception was launched in the year 2007 with a mission to improve awareness of contraception and enable young people to make informed choices on their sexual and reproductive health. The global campaign aims to educate people about safe sex so that no pregnancy is unplanned.

Well, sexual intercourse is a fundamental part of our existence but talking about sexual health is still a  taboo in many countries, especially in India. People do not openly talk about sexual health and contraception options available for both men and women. In India, the burden of contraception still falls on women. According to a report by National Family Health Survey, 75.4 percent of married men in India do not use any method of contraception. Among unmarried men, 52.9 per cent use no contraception while sexual intercourse.  According to National Family Health Survey (2015- 2016), three in eight men believe that contraception is women’s business and men need not worry.

A report by Indiaspend, female sterilization continues to be the preferred mode of contraception in Indian households. As per the report, 36 per cent of couples opt for female sterilization whereas male sterilization is the option used only by 0.3 per cent of the couples. Shockingly, Condom use in India has declined by 52 per cent over eight years and Vasectomies by 73 percent, it indicates that men are reluctant to use Birth Control. On the other hand, the use of emergency contraceptive pills among women have increased by 100 per cent.

Read More: 7 Signs that indicate Divorce might be the right choice

More Pregnancies in India during Pandemic

With the onset of the Pandemic, India witnessed many unwanted pregnancies. A report by UNICEF projected 7 million unplanned pregnancies that will take place during COVID-19 crisis. The two main reasons behind these were:  Lack of contraceptives during required and no access to medical care. A nationwide survey was launched by parenting site Mom Junction revealed that the majority of women were already pregnant. 56.56 per cent of women conceived during the lockdown out which 40 percent were unplanned pregnancies. However, the study also concluded that 29.85 per cent of couples were already trying for a baby and happening in lockdown was just a coincidence. According to the survey of MomJuntction, Pandemic and lockdown have fuelled a baby boom in India. In that case, it is extremely important to talk about contraceptives. Imparting knowledge for future becomes extremely important.

Yeh UskI Bhi Zimedaari hai but in India men hardly care. Many believe sterilization reduces sexual prowess and weakens the body and it can impact their ability to work and earn. This makes men quite uncomfortable even talking about contraception. It is important to convince young men that male contraception is safer and simpler than female contraception. We should often talk about sex (Sex Education)  in school and teach young boys about safe sex. Contraception not only prevents unwanted pregnancies but also promotes safe sex.

More contraceptive options for men must be available. Currently, India has all the contraceptive methods are focused on women. According to a study by International Center for Research on Women revealed that women are more aware of contraception than men. They bear the entire burden while men who actually control the decision–making remain ill-informed and resentful about family planning.

Experts believe it is important to promote male contraceptive which is of mainly two types – Condoms & Vasectomy. Celebrities must be deployed so that they can reach out to wider audience. In fact, the onus is completely on the women. They are expected to take instructions from their husband. Male contraception is not promoted in India and patriarchy makes it even harder.

A male birth control pill and contraceptive gel are still in works. Recently, India said that it is going to launch world’s first male birth control injection. According to a Hindustan Times Report, clinical trials have successfully been completed and soon it could be a reality. In that case, it can become a game-changer.

As it’s World Contraception Day, it is important to talk about its importance

Using Contraception helps in family planning. Talk to partner openly (the onus should not be only on you). Being informed about the methods can help you to plan your pregnancy. A couple can choose when they want start a family. Maintaining an ideal gap between the children can financially prepare you in advance.

Birth Control can also control population growth. Well, having a baby is an individual’s choice but having more children can put pressure on the environment, economy, health and education services. Using contraceptives during sexual intercourse can prevent unwanted pregnancies.

As experts have pointed out it is important to involve young men. There should be more campaigns and public figure should be pulled in to talk about male contraception. Remember contraception not only help you to prevent unwanted pregnancies but also promotes safe sex. Having a baby is a couple’s decision so all the onus shouldn’t be on the women. Striking a conversation on pregnancies can be difficult in Indian households, especially in rural India. A nationwide campaign is important to create awareness and more focus on sex education is required. 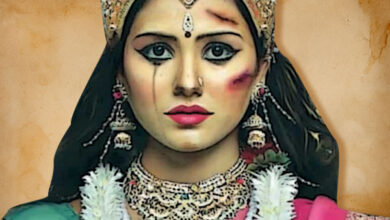