Hear about freelance journalism from the freelancers itself

Freelancing is not something that attracts a lot of people, especially in the field of media. People tend to find a job that gives them stability and there is this assurance that their account will be credited at the end of the month. But because there are times, when you think if this is the job you really wanted as you have to report as per the organization’s ideology and political inclination. But when you are a freelancer you can write whatever you want. There would be definitely some media house whose interest your report will serve and hence, it will buy your report.

There are several reasons why a journalist should start freelancing. You can literally work anywhere at any time. You don’t have to go to the office every day and you have the liberty to choose what do you want to write about. You get to decide on the depth of your articles and the amount of information they will contain. You can also select the media where you want your content to get published. There is no age to become a freelance journalist. You can even get to decide your own level of income.

Testimonials of journalists about freelance journalism

Read more: All the Arguments that you need to support the free press and media: National Journalism Day 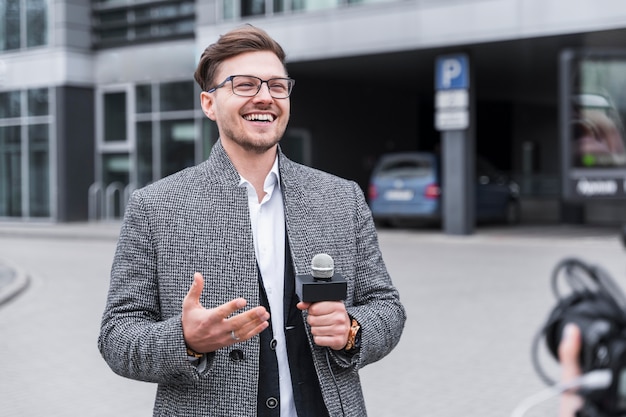 Ramandeep Kaur, a freelance journalist based in New Delhi said, “As a media person we stand in the middle of the radar. Freelance journalism gives you the power to have your own news angle, you don’t have the fear of rejection from an editor. But on the other hand, when you are not associated with an organization you have a lot of threats to your life while writing for free speech. A good journalist is always trapped between ethics and money.”

Kavya Kamal, a freelance journalist based in New Delhi said, “Freelance journalism in India as a beginner is fine until and unless you get good pay. However, that’s not the case here and fresh mass media graduates often opt to work for media houses. Once experienced and all set to work individually, it is certainly the finest option currently, given the irresponsible journalism we see every day on the television and newspapers.”

Freelance journalism, not a bad option these days

Today, a lot of media houses are criticized for biased and politically-motivated content in India. It has allegedly lost credibility as the fourth pillar of democracy. People say that there is no objective truth, but a lot of malice in reporting these days. There is no accountability but to serve a specific agenda. The crisis has become so severe that a new history is being written where critical journalism is dying and opinions are manufactured with no accountability. The crisis has almost become a disease now. Journalists have become judge and pass their judgment shamelessly without any ethical consideration. Working as a freelancer doesn’t seem a bad option these days because no one can impose a political-identity on your journalism.

Meet Gurnoor Suri: A 16-Year-old Activist advocating for Menstrual Rights for all