Why is the recently introduced Texas Abortion Law problematic?

“A thirteen-year-old who was raped by her grandfather travelled hours around Texas to get an abortion done. She wouldn’t have been able to under the state’s new 6 weeks ban” a Twitter influencer writes exclaiming In case anyone was unclear about how bad this Texas Abortion Law really is.

In case anyone was unclear about how bad this Texas abortion law really is… pic.twitter.com/DnW65SPzNm

In Texas, new state legislation came into force yesterday, i.e. 1 September. According to the law, abortions will be prohibited as early as six weeks into a pregnancy. Although there was a legal challenge, the Supreme Court did not prevent the statute from going into force at midnight.

This legislation restricting access to abortions appears gloomy to the physicians and pro-choice campaigners who might face prosecution under it.

The US President Joe Biden condemned the new laws and in his statement says “This extreme Texas law blatantly violates the constitutional right established under Roe v. Wade and upheld as precedent for nearly half a century.” 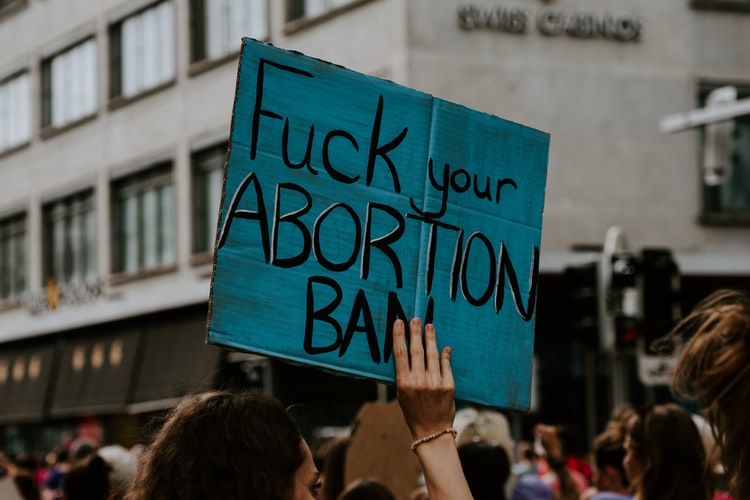 The state passed a version of a “heartbeat bill” in May. Abortions are prohibited under so-called heartbeat laws whenever a physician detects embryonic cardiac activity, which generally occurs during the sixth week of pregnancy before most women are aware that they are pregnant.

Texas lawmakers have contemplated such a bill in the past but were put off by the idea of losing in court and having to pay legal expenses to Planned Parenthood. S.B. 8, the current law that now prevails, promised to offer conservative lawmakers everything they desired: the authority to outlaw abortion while posing no danger.

It also permits private individuals to sue abortion doctors and anybody else who assists a woman in having an abortion, including those who offer transportation to a clinic or financial aid in obtaining an abortion. Private people bringing these cases are not required to prove any ties to those they are suing. If they win, they are entitled to a minimum of $10,000 in damages, plus lawyers’ costs, under the statute. It is observed that this law can not be taken back from this stage.

The US President Joe Biden’s entire statement observes that the Texas bill would severely impede women’s access to needed health care, particularly for communities of colour and low-income persons. And, shockingly, it empowers private people to sue anybody they feel has assisted another person in obtaining an abortion, including family members, health care workers, front desk personnel at a health care clinic, or strangers with no relationship to the individual.

The Texas Abortion Law is being known as one of the strictest laws being implemented in the nation.

Medically, What is the right time limit in which a safe abortion can be performed?

A healthy and safe abortion can be performed up to the 24th week of pregnancy. The required five-day wait time does not apply if you are fewer than 17 days past due. Of course, it depends on the medical condition of the child-bearer and the other case-specific factors.

Texas Abortion Law: How is it deviously banning abortion without actually criminalising it?

The law, at no place, rules out abortion. The language of the law is such that a person can abort within six weeks of pregnancy. But in the ideal state, it is only after 22-24 weeks when the fetus becomes visible and the person realizes that they are pregnant. So, ideally, the law gives no space to the person conceiving to even know that they have conceived. It rules out any space for people to terminate accidental pregnancies, which mostly is the case for choosing abortion.

In case of sexual assaults leading to pregnancy, the law outlaws the space for the survivor to know that they are pregnant, to get over the trauma of the abuse and take a decision on their pregnancy (certainly without even knowing they are pregnant).