What is Bhima Koregaon Battle: 5 activists taken into custody

Violence and protests gripped Maharashtra on 1st January 2018 when activists, some carrying saffron flags attacked the people gathering in Bhima Koregaon. One died in the attack along with many others injured and vehicles destroyed. Today, we will try to understand what is Bhima Koregaon battle?

Bhima Koregaon is 40 Km away from the Pune City. During the British rule, Dalits were highly suppressed by the Brahmins. In revenge, Dalit dominated British army defeated the Peshwas of Maharashtra and this marked the beginning of a Dalit movement against the aristocrats. On 1st January 2018 people gathered again in Bhima Koregaon to commemorate this 200-year-old battle.  Let us find out what is Bhima Koregaon battle? 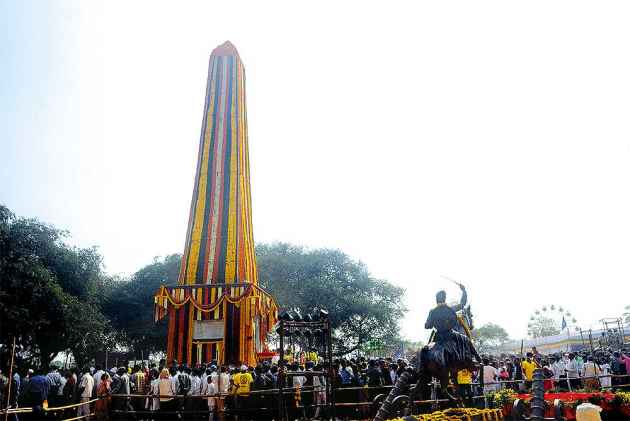 On 28th August 2018, police across the country raided homes of prominent human rights activists and advocates (Dalit) claiming that they instigated the violence in Bhima Koregaon on January 2018. At least 5 of them were taken to custody- advocate Sudha Bharadwaj, lawyer and author Arun Ferreira, the poet Varavara Rao and the activists Gautam Navlakha and Vernon Gonsalves.

As per to the Panchanamas prepared by the Pune police, these activists are being investigated for offenses under the Unlawful Activities Prevention Act (UAPA) 1967. They claim that the activists have some link with the Naxal group.

Bhim Koregaon Battle: Who are these 5 activists?

She is a civil right activist against Land acquisition and an Indian trade unionist and more recently a lawyer who has been working and living in Chhattisgarh for 29 years now. She is the general secretary of the Chhattisgarh People’s Union for Civil Liberties (PUCL), and the founder of Janhit, a lawyers collective. She has also worked with Niyogi’s Chhattisgarh Mukti Morcha in 1986 which was mainly Determined to provide holistic development of the workers. She also fought against corrupt bureaucrats to ensure proper wages to the workers in Bhilai steel plant and mines. She has also worked for the upliftment of Dalit and tribal rights, especially for the right for education. Sudha is the vice-president of the Indian Association for People’s Lawyers (IAPL).

A human right activist and lawyer in Mumbai. An alumnus of St. Xavier College, Mumbai. He was arrested on the charges of being a Naxal operative in 2007 but was later acquitted by the court. He worked for Navjeewan Bharat Sabha. His work was alleged to be an activity for Naxalites according to the reports. Similarly facing such ebbs all the way long he was charged in 11 cases but he was acquitted from all the cases in 2011.

Rao is from Telangana and a prominent activist and poet who had played an active part in the Telangana movement before the formation of the state. He recognizes himself as a communist. He is a Naxalite sympathizer, renowned poet, journalist, and a literary critic. Rao represented the Maoist Organization Communist Party of India Peoples War when Andhra Pradesh’s Telugu Desam government accepted the proposal to have peace negotiations with Naxalites.

Also Read: SC/ST Reservation Relevance In Today’s Era: All You Need To Know

He came into limelight in 2007 when he was arrested on the charges of helping banned Naxalite organizations. In 2013, he was convicted under Arms Act. However, he was released as he had already undergone the period he was sentenced for. He believes that government has no understanding of Naxalism.

He is a civil, human and democratic rights activist and has also been a convener of the International people’s Tribunal ion human rights and justice in Kashmir. Navlakha has also worked as a secretary of the People’s Union for Democratic Rights (PUDR). He is an editorial consultant of the Economic and Political Weekly. More recently, his work was focusing on Maoist influenced areas of Chhattisgarh.

These activists and lawyers have been arrested by the Maharashtra police in connection with the Maoist plot to assassinate PM Narendra Modi, as per the letter received by the police. Though, the investigation is going on over the issue. So, we can just hope that this should not be merely a publicity stunt by the party.

Have a news story, an interesting write-up or simply a suggestion? Write to us at
info@oneworldnews.in
Tags
featuredhomeews Party

Test Your Knowledge Before Applying for a Scholarship exam?

5 phones under 20,000 that you can buy this festive season