A massive hunt was going on in Pandharkawada Ralegaon forests of  Yavatmal district in eastern Maharashtra for an alleged man-eater tigress Avni. The hunt got over and  Tigress Avni was shot dead in Maharashtra.  In September, the forest department  said that Avni could be shot on sight. As per reports, the mother of two cubs was shot in cold blood by using a bait.  Notably, there was no tranquilizer used nor was a wildlife Veterinarian present at the time of the shooting. 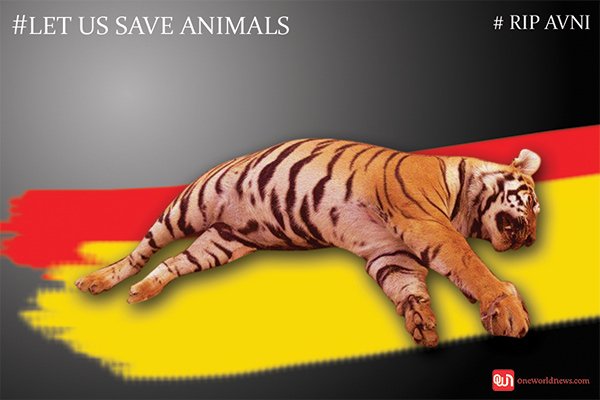 She was given death sentence by Maharashtra Forest Department and Bombay High Court, for allegedly killing 13 people. However, the victims’ bodies were found deep inside the forest, an indication that it was humans who first entered their territory. Avni has two cubs who are 10 months old. Urine of another Tigress and American Perfume was spread in some parts, following which Avni came by sniffing it.

After the order was passed, there was a rage on social media. Neitzens even requested the government to LetAvni Live. A campaign was also started with the same name. Some claimed that all the 13 bodies were not properly examined, it could not be assured that Avni was the killer.

Also Read: 10 Reasons To Adopt A Stray Dog: They Will Love You Like No One Else!

Still, Avni was killed. No proper procedures were followed and she was killed mercilessly. No efforts were made to make her last moments peaceful. The post-mortem reports the tigress is yet to be conducted.

The news is disheartening. We, humans, are brutally killing animals. Earth was meant to be shared by all the sentient beings but we humans are making condition worst.

According to statistics, only 3,890 tigers are left in the world. Out of which 2,226 are in India. The data is shocking. We need to save the Tigers, and we need to make this world a better place for animals.

May Avni’s Soul Rest in Peace!

Deepika looked drop-dead gorgeous at Nandi Puja: How to steal that look?

Get Stitched Store: Get Fashionable clothes at your doorstep