After firmly recovering from the mental impact of a devastating second wave of COVID, a tide of third COVID wave is scaring India again. As the Omicron variant cases scale upwards, experts warn for a third COVID wave soon. So far, the Omicron cases in India have crossed the 600-mark, whereas the total daily reported cases are crossing 6,000-mark. With the current pace of rising cases, India might see a third wave in early February. A modelling study by researchers at the IIT, Kanpur forecasts that the third wave of covid will reach its peak in India on February 3, 2022.

Many European countries are imposing lockdowns and restrictions due to the rise in COVID cases again. Europe is seeing record COVID cases rise and imposing strict restrictions. France, for the first time, reported over 1,00,000 cases on Tuesday, the UK crossed 1,00,000-mark as well and Italy saw over 75,000 cases. The US is recording a seven-day average of 254,496 new Covid-19 cases. No doubt that the third wave of COVID is at the doorstep, but the bigger question is whether India is prepared for a third wave of COVID?

Why Does India Look Unprepared For A Third Wave?

India is seeing a disguised economic and political growth amid the pandemic, and by no means, India wants to let go of the opportunity to move forward. India claimed the top position amongst the emerging market in November 2021, jumped 2 steps from the third position in October. The first two waves had hit India’s economic growth hard and pushed it back two decades back. The small businesses, traders, and labourers suffered badly due to the lockdowns, the governments saw a worrying economic growth, which seems to be on track now. As India is anticipating a third wave, people want to secure their finances.

India saw the worst GDP drop in its history and the most damaged economy due to the pandemic. In the first quarter of 2020, the GDP dropped by a massive 24.4%. The overall rate of contraction in India was 7.3% for the financial year 2020-’21, which was the worst since independence. The poor had suffered the most due to the pandemic and economic slowdown. Millions of labourers had to flee to their hometowns after the markets and factories were shut, which led to a rise in income inequality. An estimated the top 1% of India’s population had 42.5% of the total wealth in 2020, while the bottom 50% had only 2.5%.

The pandemic pushed back the economy and livelihood, and before the government imposes another lockdown, people want to be in a safer hand.

How Does India’s Preparation Look Like For A Third Wave?

As per the government officials, they are “well prepared” for a second wave like situation. According to the Union health ministry, Rs 1827.78 crore was released to states / UTs in 2021-22 under Emergency Response and Health System Preparedness Package. India’s medical oxygen capacity, essential for serious COVID-19 patients, increased nearly 28 per cent between October 2020 and November 2021.

Most of the plants were installed in Uttar Pradesh (128), Madhya Pradesh (88), Tamil Nadu (70), Maharashtra (68) and Bihar (62), while the national capital Delhi received the least 25 PSA oxygen plants.

The Elections Are Here Again

During the second wave of COVID, the election rallies and events were one of the major reasons behind the COVID-19 spread, and the political leaders seem to repeat this clumsy move again. Several big states, including Uttar Pradesh, will hold their assembly elections in the early months of the year 2022, and all the political parties are holding rallies and mobilizing huge crowds for the party’s promotion. BJP is looking to secure their majority in Uttar Pradesh again and AAP is eying the Punjab elections and hoping for a big gain due to the Punjab political crisis.

The recent PM Modi’s rally in Kanpur is a very irresponsible and unfortunate move by the BJP. As per a report published in Deccan Herald, the Kanpur district administration instructed the government departments to gather around 75,000 beneficiaries of central schemes for a proposed address by PM Modi after the inauguration event of the Metro Rail project in Kanpur. Recently, Delhi CM Arvind Kejriwal too was on a two-day visit to Punjab ahead of the Punjab assembly elections. Congress leader Rahul Gandhi will visit Punjab on January 3 to start the campaign for the elections.

The enormous political shows, rallies and celebrations stormed the second wave, and the political leaders are repeating the same again. We likely see a sharp rise in COVID cases and possibly a third wave amid or after the assembly elections, and it is very unlikely that the EC or the ruling government will take a decision against the elections schedule.

The Shopping Enthusiasts Are Emerging As Definite Covidiots 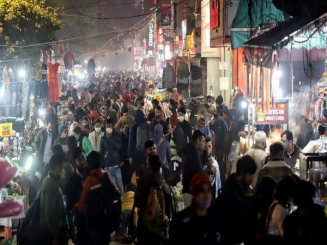 As the festive season continues and the year is near to end, people are rushing out for shopping and parties. Recently, the media shared pictures of shoppers from several markets across the country, where the streets were seen jam-packed with shoppers amid the Omicron scar. Last week, ANI shared photos of the crowded market from Delhi’s Sarojini Nagar market, which showed a worrisome situation. Delhi daily cases reached nearly 500 in the last week of December, the highest in the last six months.

Along with Delhi, several other states and UTs announced night curfew and strict restrictions ahead of the new year celebration. The Delhi government on Tuesday issued a ‘yellow alert’ and imposed several restrictions. The Haryana government made double vaccination mandatory to enter public places from January 1 next year. Ahead of the new year celebrations, states are trying to control large gatherings of partygoers, though they are comfortable with the political rallies.

Read more: New COVID-19 Variant: Why We Should Worry?

Are We Underestimating The Third Wave?

Overcrowded metros, jam-packed streets, maskless faces, and a complete violation of COVID norms doesn’t show any fear among the public against the third wave of COVID. As our lives returned to normal, we have forgotten the severity and fatality of the second wave of COVID.

The government is not at their consciousness and yet to awake from a deep sleep. The continuous and enormous public gathering in political rallies doesn’t tell if the government is worried and prepared for the third wave of COVID. The researchers at the IIT,Kanpur have already warned of the third wave, however, many experts believe that an Omicron-led third wave would be less severe than the previous ones. But, do we have enough data to predict the future?

So far, the world does not have sufficient data to make a precise comment on the severity of the third wave. Two major points indicate that the third wave of COVID might be less severe. The first one is that a few pieces of research on the Omicron variant suggest that the variant is less fatal than the Delta variant, however, the new variant is more transmissible.

New studies in South Africa, Scotland and England show that Omicron has different biological features that make it less deadly than Delta and minimize the chances of hospitalization. The second reason is that the majority of the people have received at least their first dose of vaccine, however, vaccines don’t show full protection against the COVID, as fully vaccinated people were found COVID positive across the globe.

Read more: Who is Mahima Datla, the Maker Of COVID Vaccine – Corbevax?

Moreover, children below the age of 18 are yet to receive their first COVID vaccine. Many experts agree that it is too early to make any predictions on the Omicron variant.

The government has undoubtedly done a remarkable vaccination drive and a decent job is still being carried off. Vaccination for children aged between 15-18 has been announced and a booster for people above 60 rolled out by the government as well. However, vaccines seem an ineffective shield against the COVID spread and precautions still remain the most effective way to prevent the infection.

The government must reconsider holding the elections till we have a clear picture of the third wave of COVID. The citizens should also understand their responsibility for a safer and economically stronger future. It is important that we follow the COVID safety norms and prevent the country from another devastating and deadly COVID wave. 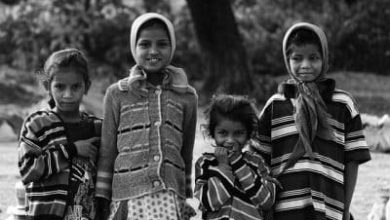