It is not a subtle depiction, said The Kashmir Files director Vivek Agnihotri.

“This is not just a film; this is the truth of Kashmir and Kashmiri pandit,” thousands of viewers chanted the same after stepping out from the theaters with teary eyes after watching the newly released film The Kashmir files. Film’s Director Vivek Agnihotri shared a clip from the screening of the Kashmir Files where people are wiping tears and applauding the enter The Kashmir Files film. Actor Darshan Kumar, the lead actor, shared a video clip where a woman overwhelmed with emotions broke into tears. She further affirmed the authenticity of the film. Darshan hugged the woman to comfort her.

Director Vivek Agnihotri and Another necessary cast from the film Anupam Kher, a victim of the Kashmir exodus, have always been vocal about the situation in Kashmir Kashmiri Pandits. This time they used theater as a medium to raise this issue. 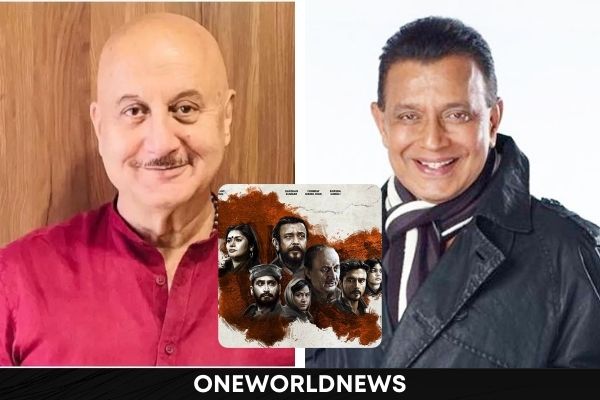 On various occasions, Vivek Agnihotri had bluntly claimed that this film was not a subtle depiction. Instead, a gut-wrenching watch aims to evoke the emotions of Indians.

As the movie was released, many users expressed their opinions on social media. Mainstream Bollywood has been known to avoid sensitive and political matters, and the Kashmir issue has never been addressed head-on. As The Kashmir Files was released, netizens wanted people to witness the entire incident through the movie.

In a social media post, a user wrote “This is the film of 130 crore Indians now,” another one commented, “Not a movie but a true story, my story, your story, the story of what Hindus in this country must endure thanks to secularism.” As a Hindu in general & a Kashmiri Pandit, I own this movie. A humble request to all to please watch #TheKashmiriFiles as it releases in theatres today.”

The film is based on the genocide and forced exodus of Pandits in Kashmir 32 years ago. According to the makers, he has made this film based on people’s experiences and reports of that era. The film has already hit the theaters and is getting an overwhelming response from the audience.

As per Box Office India, The Kashmir Files will challenge Prabhas and Pooja Hegde starrer Radhe Shyam in the cinemas of the Hindi belt and may even surpass its collections. 2020 release Shikara, directed by Vidhu Vinod Chopra, also dealt with the insurgency in Kashmir and the mass exodus of the Hindus in the 1990s. However, most of the critics mentioned that Shikara failed to address the underlying situation of Kashmiri pandits and more of a Bollywood Drama.

The Kashmir Files can be a one-time watch for many but a lifetime experience for some.

Have you watched it yet?

Swaanng 2022 Review: Hitten Tejwani starrer this crime thriller should be your pick this weekend!