The first of its kind, The Hotal, is a psycho-thriller movie which has been shot partially in Pakistan’s Karachi and India’s Delhi. The reason why it is called a Bollywood movie is that the concept, the filming, the acting, the dialogues etc. everything has been laid down keeping in mind the audience of Bollywood as well. This sort of genre is introduced to the audience of Pakistan for the first time ever and the movie would be released nationally and internationally. However, the movie’s first premiere was shown at the 3rd Delhi International Film Festival.

The story is about a woman who meets her sister, who has never been brought to this world, as in she never existed. The production and distribution of the movie, for the first time, has been taken care of by the film festival organisers. DIFF has also taken steps to make it easy for the producers and directors of any country to be able to shoot in Delhi. The movie is supposed to release in March 2015 and is hoped to open up ways for both the countries through the way of arts and culture and mainly through Cinema.

“I really want to thank the Indian Embassy in Pakistan and the Pakistan Embassy in India for giving me the opportunity to be here to converse with the Indian Media. I am also thankful to Ram Pasricha for extending a hand to help us by promoting this movie and letting it play for the first time ever on such a big platform. This film festival is my first film festival and I am hoping for a really good response. As far as the distribution is considered, I am thankful to Mr.Pasricha as well for taking care of the distribution and promotion of the movie. I would make sure that wherever this movie is promoted, I would be there to talk about it. I also believe that entertainment could be an amazing and interactive way to get the two countries- Pakistan and India- together” says Meera Ali, the Actress of The Hotal.

Talking about the movie, Meera further said, “I play the character of Kashika who confronts her sister who was never born. Due to some situations, I have to stay in a Hotel and that’s where the entire story starts. The character was really difficult for me to play because emotionally it was really harming. In one of the scenes, I get into conversation with my sister and that entire scene was so strong that it became a part of me. I really feel that I have become psycho after playing this role and do not wish to do any such role in future because I feel it impacts my true personality.”

Meera believes that India has a good amount of viewers who would be interested to watch a genre like this and adding to it, Ram Parcha says, “We have always tried to get good movies for our audience. It is not only about this movie, we have already portrayed a lot of movies which have won National Awards after being showed here and this time we have got movies from various places which have already been nominated for Oscars or would be sent for Oscars. So, it’s been an honour to get this movie but yes, it wasn’t easy to get it played here”

There is no song in the movie, but for promotions a few songs would soon be released. The movie is entirely story based and carries a social message which talks about the excessive abortions that take place in both the countries. The movie also portrays the veteran actor Om Puri and is expected to bag a good response from not only the audience but also the movie makers. 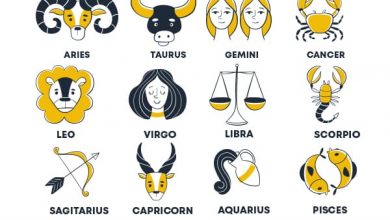