India’s health infrastructure has collapsed and needs to be taken care of by the Government right now.

The situation before COVID-19

India has a health care system that is mostly funded by tax payments. The public hospitals are mostly free for residents but there is not a good public insurance system. A national health insurance program was launched in 2018 that aims to cover the bottom 50 per cent of the country’s people. But the actual situation is very bad. WHO’s [World Health Organization] health financing profile for 2017 shows that close two-thirds of the money spent on health in India is paid out of pocket by the patients. The world average in comparison is just 18.2%.

It is not that just the universal insurance system is bad. The health infrastructure of India for decades has been substandard. The poor quality of the system is directly the result of a lack of political support. And decades of low financing and the mismanagement of the available funds has resulted in widespread inequities in the distribution of health infrastructure and health personnel.

According to World Bank, India in 2017 had just 0.5 hospital beds per 1,000 people in India. And the doctors to people ratio is no better. There were just 0.857 physicians per 1000 people in 2018. The data is a couple of years old but the situation had not changed much before we were hit with a pandemic. Against this, one out of every four people in India is at risk of dying from non-communicable diseases–cardiovascular disease, cancer, diabetes and obesity–before they reach the age of 70. This irregularity in demand and supply has been due to the negligence of the governments in spending.

The numerous opportunities to learn

Even before the COVID-19 pandemic, India had numerous opportunities to learn and understand that the health infrastructure needs to be strengthened. Below are the 3 most recent outbreaks that should have made the politicians concerned but instead, they ignored them.

This acute encephalitis syndrome outbreak was just contained in Bihar. But the damage it did, was very noticeable. 154 children had died in the first three weeks of June 2019 during the outbreak. In 2016 when the disease had resurfaced the health workers were told to go house to house in villages and educate the residents about keeping their children at home during peak heat summer hours, making sure that they did not sleep on empty stomachs, and advising them to not eat unripe lychees. But in reality, the guidelines were never followed. Most villages remained unaware of the guidelines and hence reported more deaths. It was only when the news became an international headline that health care workers started showing up.

The first case appeared on May 13th 2009 and by 24th March 2010 1,444 people had already died due to swine flu. This was supposed to be the big eye-opener for India but it hardly made any impact whatsoever. The health infrastructure had failed India then and it is failing India now.

The swine flu cases once again had surged in 2015. This time it took more than 2000 lives within one year. The 2009 Gujarat hepatitis outbreak took 49 lives while over 50 people died in the 2006 dengue outbreak in India. These types of epidemics managed to scare the public but they were never enough for the governments to start funding in the health infrastructure.

Read More: Is your Organisation considering COVID Anxiety? 66% Said ‘NO”

After somehow battling the first wave of COVID-19 through intense lockdowns and travel restrictions, India eased up. It let the guard down. And before long we were struck with the second wave. Things are worse than anywhere else in the world. We have surpassed the numbers and records of last year and the situation is worse than ever. This has put a strain on the health infrastructure and brought out its shortcoming and true helplessness.

People on social media and outside hospitals are begging for oxygen cylinders. Hospitals have run out of beds. COVID-19 medicines like remdesivir are in short supply. Doctors and nurses are on the verge of a breakdown. India’s healthcare system has basically collapsed.

It would be the biggest shame if the government doesn’t learn from this and makes sure that we never face a situation like this when mothers have to carry their sons’ dead bodies in autorickshaws.

Step in the right direction

The Budget 2021 did make some strides towards the strengthening of the health infrastructure of India but it will not be enough. The budget for health infrastructure hiked up by 117%. It is true that a number of one-time budgetary supports were included that will not be applicable after COVID-19. And water and sanitization were also bundled in the healthcare outlay. But that does not mean that it was a good solid step in the right direction.

Praising the government Manipal Hospitals MD and CEO Dilip Jose said, “The enhanced allocation, along with the plan to look at healthcare holistically — including nutrition, sanitation, clean drinking water and pollution control, certainly augurs well for the country,”. The public spending on health increased from 1% to 2.5-3% of GDP. The government is happy to boast that they more than doubled the spending. But in reality, is nothing compared to other countries. While the USA spends nearly 16 per cent of it’s GDP on health, countries like United Kingdom, Netherlands, New Zealand, Finland, Japan, Canada, France, Germany and Australia spend close to 10 per cent. The budget in India should be increased more every year and should at least be brought to 5 per cent of the GDP by 2024.

This increased funding should be spent towards making standardized facilities available everywhere. More and more health workers need to be trained and developed as they are the backbone of the health infrastructure system of any country. Thirdly, the health insurance system should be bolstered so that more people can enjoy the benefits. Better doctors and facilities at public hospitals will automatically make us less dependent on private hospitals and that can single-handedly decrease the out-of-pocket expenses of people. 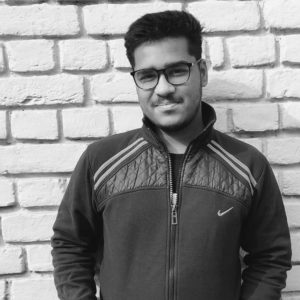 Is your Organisation considering COVID Anxiety? 66% Said "NO" The Best Meditation Apps for 2023! Keep Up with Resolution: Detox Your New Year Calories Naturally