Already caught up in the storm of losing the Indian audience, will The Archies anchor the sinking Netflix ship?

Zoya Akhtar’s upcoming Netflix original, The Archies is set to release soon, and along with it, the debut of the next generation of, who we lovingly call the ‘star kids’. The film will star an ensemble cast which features Agastya Nanda, Suhana Khan, Khushi Kapoor, Mihir Ahuja, Vedang Raina, Yuvraj Medna and singer-songwriter Aditi Saigal, who goes by the name Dot.

The mere release of the first look of the film has the internet in an uproar, and not for good reasons. While Zoya attempts to find a place in the legacy of well-received Archies adaptations, the netizens are set to steer the conversations regarding the film toward the glaringly obvious issues like nepotism, colourism, eurocentrism and such. Netizens went as far as to call the film ‘Star Kid Rozgar Yojna’.

The one-minute cast introduction video has invited debates all over social media. The Twitter town is abuzz with arguments over how ‘not relatable’ the movie will shape up to be. As per the video, the aesthetics of the movie stays true to the time of its namesake. However, in saying that, it is undeniable it also reverts back to the eurocentric norms and westernized experiences. By claiming this film to be an Indian adaptation of a teenage geeky comic, it is falsely advertising the teenage experiences of Indian kids of the 60s. It seems as if the poster is trying hard to invoke nostalgia for something these kids never even experienced.

However, many arguments also stated that the real worth of the movie could be vested in its attempts at escapism. It is no news that many of us have used movies as tools to escape into another world, where our miseries don’t follow. The minute long video takes us to a pretty and very western forest where the gang is seemingly having a picnic, which honestly is very appealing to the eye. We all have at some point wished to be that person, having a picnic on a peaceful afternoon, surrounded by nature.

By the looks of it, this film might have set the urban metro youth as its target audience. Which can seem bizzare to some, as we all know that Netflix is having a hard time retaining its Indian audience. So launching a movie with a cesspool of nepotism at its core with a helping of whitewashed aesthetics could mean trouble for Netflix? Not exactly!

In fact, this move from Netflix might be its saving grace after all. Netflix recently has tried its hands on apparent ‘relatable’ Indian content  which didnt help much as more of similar or better content is available on cheaper OTT platforms like Prime videos, or TVF. What pulls Indian millennials to Netflix particularly, are western shows like Sex Education, Never Have I Ever, or To All The Boys I Have Loved Before, or ostentatious K-Dramas like Business Proposal, What Happened To Secretary Kim or Vincenzo. All these shows have been huge successes for Netflix and almost all of them feature teenagers or young adults , much like the cast of The Archies.

This movie might bring in some success for Netflix India, as it will be the first of its kind for the OTT which has repeatedly, in the past, churned out Crime Thrillers set in rural north India.

Moreover the Indian entertainment industry is not yet saturated with teen/YA content unlike its western contemporaries. Trying something new like The Archies definitely wont hurt, that too with such huge names backing it up. Its apparent that the movie will most likely be a success given the huge debate it has aroused with just the cast introductions. Because however much Indian audience cribs about nepotism and unfair opportunities, it is them that have helped sustain the careers of many lackluster star kids, so why not one more generation? 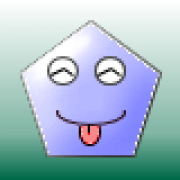