Tea Entrepreneurs of India: Desi Chai is undoubtedly India’s favourite beverage. According to Statista, the consumption volume of tea in India was approximately 1.1 billion kilograms during the financial year 2021. There has been tremendous demand and development in the Chai Industry.

Several start-ups around tea and tea products have sprouted across India, including start-ups like Chaayos, Chai Point, MBA Chaiwala, etc. have paved the way for other start-ups to make a place for themselves in the chai ecosystem. Today, we look at 7 such Tea Entrepreneurs who are making it big with the flavours and essence of Desi Chai.

Chai Thela is a chai start-up led by an IIT Kharagpur alumnus. The store’s prime attraction is its kiosks and thelas. The firm has installed numerous tea-selling kiosks across states and plans to reach more urban hubs like Mumbai and Bangalore.

With an initial investment of ₹ 8000, MBA Chaiwala was started by Prafull Billie as a roadside tea stall. His business took off, and there has been no looking back since.

Chai Point is India’s most extensive tea café and is believed to be the first chai start-up in India. It is owned by Harvard alumnus Amuleek Singh Bijral. It is also the first company to deliver hot chai to doorsteps.

Chai Sutta Bar was started by Anubhav Dubey and his friends, who saw the opportunity of selling tea in a way that makes people of all ages visit their stores. They come up with the idea while preparing for UPSC. With their exciting marketing strategies and regular quality checks, the brand spread its 200+ outlets across 100+ cities in 3 countries.

Started as a café outlet in 2016 in the heart of India’s Indore, Anubhav Dubey has expanded CSB to Dubai and Oman. It has more than 100+ varieties for you to crave, with quality taste at economical prices. It has a great ambience, and the only smoke they prefer is hot piping desi chai.

Founded by two friends, Anirudh Poddar and Aditya Ladsaria, Chai Break is a fast-growing café chain that became a blockbuster hit among the youngsters in Kolkata during its inception. Today, it has outlets spread across Kolkata, Kharagpur, Bhubaneshwar, Jamshedpur, etc.

Started by two IITians, Nitin Saluja and Raghav Verma, Chaayos is one of the most successful chai start-ups in India. Chaayos has a whopping 1.7 million registered guests across 80 cafes nationwide and plans to reach a store count of 300-400 in the next 3-4 years.

The 24-year-old Economics graduate started a tea stall in front of a women’s college in Patna. For Priyanka Gupta, her inspiration is Prafull Billore, who famously runs ‘MBA Chaiwala’ in Ahmedabad. Priyanka Gupta’s venture has grabbed nationwide attention. Gupta gave competitive exams and also tried to land a job. But when they did not work out, she said she decided to go the “Aatmanirbhar Bharat (self-reliant India)” way. Now she is receiving encouragement from many on social media.

With the appreciation, they had also received a lot of criticism on the internet. People argue that these highly qualified young entrepreneurs have wasted their degrees and professional competence as Chai businesses may not require such high qualifications.

Every business requires some qualifications, skills, and a winning attitude. Some of them are involved in the chai industry of their will, and others are due to a lack of opportunity in their respective field.

Budding entrepreneurs are not only contributing to the development of the country but also creating job opportunities for others too. 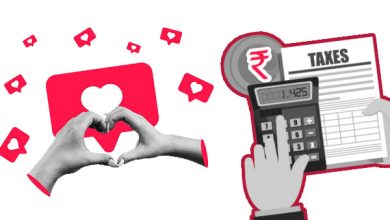