Foreign Minister Sushma Swaraj is one of the active leaders on twitter and she even solves the problems of the people on her social account quickly. Well, that’s really nice of her as she is well aware of her responsibilities. But, Sushma Swaraj recently found herself helpless on the Twitter. 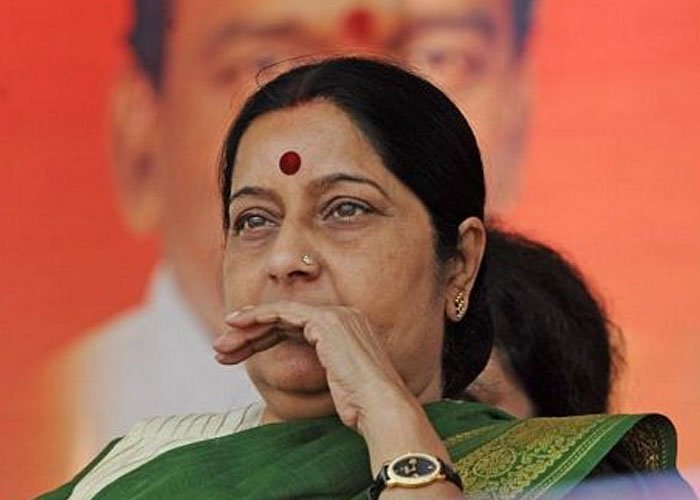 An Indian woman who lives abroad – it appears from her earlier tweets – tweeted Swaraj that her husband is cheating on her.

The woman is in India for her mother’s funeral, and she discovered – through called ID – that her husband’s Thai girlfriend is also in India on this sad occasion. The woman asked for Swaraj’s help in tracing the girlfriend because she’s doesn’t know the Thai woman’s name.

The lady tweeted “Mam I saw on true caller ID Thai she’s in Delhi. But can’t trace her by name. I don’t have anyone in Delhi. Please help me.”

On this Sushma replied “Sujatha – All my sympathies are with you. Unfortunately, I have no power to punish or reform such errant husbands.”

Have a news story, an interesting write-up or simply a suggestion? Write to us at
info@oneworldnews.in
Tags
featuredhomeews Sushma Swaraj Twitter