Alphabet’s CEO and Google’s Co-founder Larry Page has issued a statement. In this, they said, “As a CEO of Google, Sundar is doing pretty good work. He has played a significant role in product innovation, strong growth, and partnership. I like working with him and he is now joining the Alphabet Board. I am very excited about this’Significantly Sundar has been working as CEO of Google for the past two years.”

In 2015, Google introduced a parent company Alphabet, which includes Google and other companies.Alphabet’s 90 percent revenues come from Google, and hence Google CEO will now be on board.

Notably, Head Dynne Green of the Google Cloud Division is also included in the alphabet’s board. Now there are total 13 members on the board of Alphabet. At this moment, it is not decided how much rise will be given to Sundar Pichai in his salary after joining the Board Of Directors.

According to the previous year’s report, his package is $ 200 million. He joined Google in 2004 and since then he has been with this company. Prior to becoming CEO, he was given a number of important responsibilities, including Google Chrome browser. 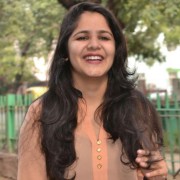 Want to Apply for Passport? Here few new rules that you should know!

NRI Day Special: 6 NRIs we all should be proud of