In the continuation of our suicide prevention initiative, we are here with the third article in the series. It will focus on the various stats/numbers related to suicide in India and across tlhe world.

As per the National Crime Records Bureau (NCRB) data, the country reported 381 deaths due to suicide every day in 2019. The total number of reported deaths due to suicide in the year 2019 was 1.39,123. It was more than 3.4 per cent more than 2018 suicidal deaths. 1,34,516 people had lost their lives in the year 2018 and 1,29,887 died in 2017. Experts of the subject believe that this year the number will increase due to global pandemic and the economic repercussions due to it.

The major difference between male and female suicide ratio

NCRB, which collects data from police recorded cases, indicated that 70.2 %per cent of the total suicides were committed by men. Women accounted for the rest of 29.8 %per cent suicides in 2019.

The National Crime Records Bureau (NCRB) estimates that 1 in every 3 of the total 1,39,123 people who died by suicide in 2019 took the step because of family problems. Substance use, and being ill were the other major known causes. Together they accounted for 23 per cent. Indebtedness or bankruptcy, poverty and unemployment led to suicides of 11,500 people which is about 8.2 per cent.

Hanging (53.9 %per cent) was the most prominent means of committing suicide, followed by consuming poison at 25.8 %per cent, drowning at 5.2 per cent and self-immolation at 3.8 per cent.

Suicides around the world

As per the World Health Organization, around 8,00,000 people die every day due to suicide across the world. WHO estimates of 2016 said that suicide is responsible for more deaths than breast cancer, malaria, homicide or war. It is also the second leading cause of death amongst the 15-29 years old people. Around 2,00,000 people in the age group of 15-29 died due to committing suicide in 2016.

As per the WHO’s claim, India‘s suicide rate was 16.5 suicide per 1 lakh population and the country had the highest suicide rate in the South-East region in 2016. 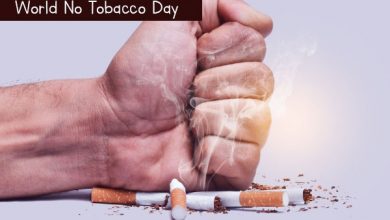