Alert! The craze of these online challenges can lead to serious injuries.

Over the years, the internet has created all kind of crazy challenges that have ended up hurting people. Online gaming is one of the fastest-growing trends in today’s generation. After penny challenge and flashlight in eye trend, Tiktok is back with its new challenge which has the potential to cause serious harm. Skull breaker challenge has been going viral on TikTok.

The goal of this ludicrous challenge is to make the person in the middle fall on his/her back as the name suggests. This challenge can cause serious head injuries. Skull breaker challenge is the newest challenge and is already putting young lives at risk. This latest TikTok challenge seems to have been originated in South America.

Blue Whale challenge was regarded as an online “suicide game.” It focused on teenagers and sets 50 tasks over 50 days. The horrific tasks include self-harming, watching horror movies and waking up at unusual hours. On the 50th day, the controlling manipulators behind the game reportedly instruct the player to commit suicide.

Kiki, do you love me? Kiki challenge was a dance challenge that got viral across the globe. This challenge requires the performer to dance along with the moving car and then jump back into the car. Several people have met with an accident while undertaking this challenge.

Read more: Cull or Not to Cull? Take a look at Most Talked ‘Animal Culling Incidents’

Momo has been described as a deadly suicide game and has been blamed for the deaths of so many young lives.  At first momo challenge started on Facebook where people were asked to communicate with an unknown person via an unknown number. Once the contact with the victim is established, the momo account shares a series of challenges that need to be completed to finally meet the Momo.

Hot water challenge involved pouring boiling water on oneself or another person as a prank. This was one of the weirdest challenge which risked so many lives. A 15-year-old boy suffered second-degree burns after his friend poured boiling water on him as a joke. 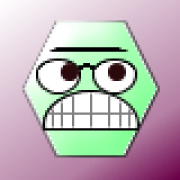 How to ace Sunday routine for a sorted upcoming week?