On World No Tobacco Day, let’s Commit to Quit not only for us but also for the planet.

May 31 marks World No Tobacco Day. On various occasions, WHO (World Health Day) highlights how tobacco threatens the development of nations worldwide. The World Health Organization strongly urges governments to implement strong tobacco control measures to save millions of lives all across the globe.

More than 8 million people die from tobacco use every year, said the United Nations in the recent briefing on World No Tobacco Day. In producing tobacco, nearly 600,000,000 trees are chopped, 84,000,000 tonnes of carbon dioxide are released into the air, and 22,000,000,000 tonnes of water are used up. The World Health Organization has further highlighted, elaborating on the implication.

Apart from health risks, WHO was concerned about the environmental implications carried along with its production, cultivation and distribution. Therefore, keeping in mind all such hazards, this year’s theme is more focused to “Protect the Environment”.

According to reports, the World Health Organization gave some suggestions to reduce the circulation of tobacco in the market. These include

·       banning marketing and advertising of tobacco

Notably, the use of tobacco kills millions of people every year and costs households and governments over US$ 1.4 trillion through healthcare expenditure. 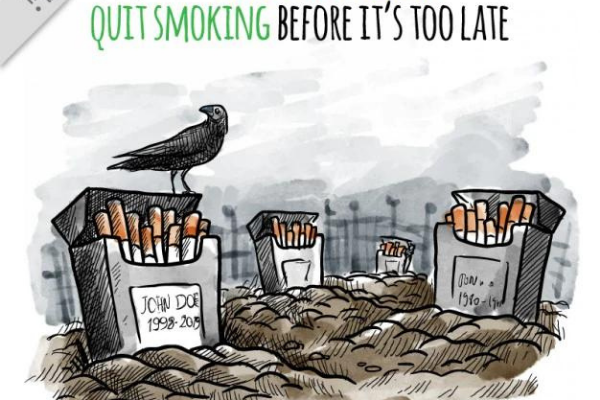 Here are a few essential facts that you should definitely:

Tobacco usage is a threat to our world, and it is essential to say No to it. Tobacco control can help to prevent premature deaths and can promote sustainable development.

As World No Tobacco Day was observed all across the globe. So, to celebrate its essence, the Team of One World News went out to ask about Delhi’s take on quitting tobacco consumption. The results were surprising. Everybody around us knows the harmful effects of smoking irrespective of their age, gender, and economic background. Still, people are not ready to give up their addiction to tobacco, and that’s a matter of concern.

So, if you are also planning to quit smoking? Watch out for this video. And take a pledge to quit smoking because it kills! Do not forget to like, comment and share.

In a study that an NGO conducted under a tobacco cessation program, it was found that one can quit tobacco with a simple counselling session. A session can motivate a person to say no to tobacco.

However, healthcare providers do not ask their patients about their tobacco use due to various reasons. The program has been implemented in different places, and in the two long-year surveys, it was observed that around 76 percent of people had quit tobacco consumption.

According to the NGO, simple teaching and counselling can be beneficial in the long run and can prevent students and youngsters from consuming tobacco. International Migrants Day: How the Pandemic Left Workers in Misery?