Wedding Ka season! Yes, everyone around us is either getting promoted or getting married. Many B- town celebs too got married during the pandemic. From Vicky – Katrina to even Ranbir – Alia, it seems that celebs are eager to join the married club. According to reports, KL Rahul and Athiya Shetty are also planning to get married. Well, another duo who are madly in love are Shamita Shetty and Raqesh Bapat. Notably, the duo met on the sets of Bigg Boss OTT and instantly fell for each other.

They might get married soon. Here, we bring to you Shamita and Raqesh Marriage Predictions married couple.  But a lot of times, it has been reported that there was trouble in their paradise. In fact, many media houses even reported their breakup. However, Shamita decided to put to rest all the speculations by visiting Raqesh’s  family in Pune.

We spoke to our celebrity astrologer Poonam Gaur about their compatibility and here is what she shared:

Raqesh is energetic, active, egoistic and passionate about art. Likes to lead rather than to follow. Honest and gracefully accepts mistakes. Optimistic and always smiling. On the other hand, Shamita has high imagination, always dreaming, builds castles in the air, executes plans, is considerate, unselfish, and always wishes good for others. Good partner and collaborator, restless and loves change, loves travelling, and is very creative.

She said that both of them are quite compatible and will surely get married to each other. They might face some obstacles but they will be able to resolve them with effective communication.

On the work front, both of them will respect each other’s space and will become each other’s cheerleaders. The duo will believe in respecting each other’s boundaries. Raqesh will do well as a businessman whereas Shamita will rock reality shows.  Their union will infuse new energies in their lives as they grow together.

Their marriage is expected later this year or in the beginning of 2023.

Well, this news will surely leave #Shara fans excited just like us! Follow One World News for more such exclusive predictions. 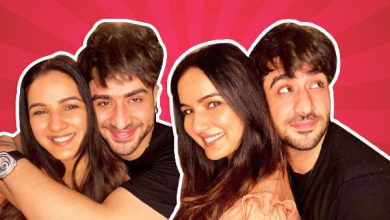