The Supreme Court on Monday barred the Andhra Pradesh police from pursuing coercive action against two TV news networks accused of sedition. It states that it believes section 124A of the Indian Penal Code, which deals with sedition, will need to be interpreted, particularly in terms of its relevance to pressing freedom. It emphasized that the sedition cases against media organizations are what appear to show a framework that doesn’t protect but muzzle media freedom.

Earlier in the hearing, Justice Rao while interpreting some of the FIR’s vernacular phrases, commented that “it’s like muzzling the media.” Justice Chandrachud stated that anything a television broadcaster says cannot be construed as sedition and that certain rules must be established. 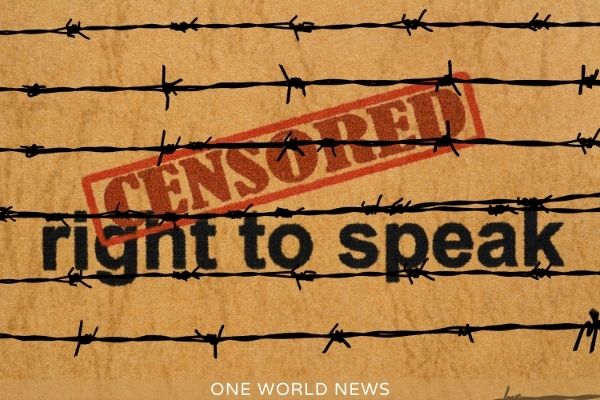 But before moving forward, what are the Sedition laws in India?

Whoever brings or attempts to bring into hatred or contempt, or excites or attempts to excite disaffection towards the government established by law in India; by words, either spoken or written, or by signs, or by visible representation, or otherwise, shall be punished with imprisonment for life, with a fine added, or with imprisonment for three years, with a fine added. Now, what is seditious is not clear, and the arbitrary nature of the law leaves home for flexibility for it to get molded in whichever form possible.

In the case of TV5 News and ABN Andhra Jyoti, the court refused any coercive actions against the channels, identifying the scope for how the law can be used to muzzle media freedom.

To put in context, a Live Law report suggests a rise in the Sedition cases During Modi’s era. The increase of sedition against journalists has increased too. There are six instances of sedition filed during Farmers’ protest, 25 during anti-CAA rallies, 22 following the Hathras gangrape, and 27 after the Pulwama terror attack: Since 2014, according to Live Law’s analysis of sedition cases over the previous decade, there has been a 28 percent increase in such prosecutions.

In February, The UN High Commissioner for Human Rights had raised concern over the misuse Of sedition law In India, in attempts to curb free speech. She said, “Sedition charges against journalists and activists who covered or commented on the protests, as well as attempts to limit freedom of expression on social media”

As we know, the Reporters Without Borders recently ranked India 142 out of 180 nations as a country that is “bad” for media and one of the most hazardous locations in the world for journalists, Sedition laws are the playing factor making it so.

Before this, the Editors’ Guild of India, the Press Club of India, and other organizations also called for the scrapping of sedition laws and the UAPA against journalists.

In a statement to The Hindu, Sanjay Hegde, senior Supreme Court advocate said: The issue, I believe, is with the section itself. As someone clearly stated, the essence of tyranny is the creation of severe laws and the selective use of those laws against the people. To my recollection, the only current sedition conviction that still remains is that of Binayak Sen, which occurred under the UPA administration.

Well, there are problems with Sedition Laws, as they don’t define what’s is wrong, what is offensive. “It is time we define the limits of sedition,” Justice Chandrachud noted.

5 Reasons to watch The Family Man 2