Sardar Ka Grandson, a film by Kaashvie Nair was released today on Netflix. The protagonist, Amreek (Arjun Kapoor) who is living in America is a grandson of Sardar aka Rupinder Kaur (Neena Gupta) who has a deep obsession to visit Lahore before dying. She is suffering from a tumor and is at a critical stage and hence Amrik is called to his hometown in India. She expresses her desire to visit Lahore and see her house that she and her husband Gursher Singh had built-in Pakistan before partition in 1947.

The film starts with Amreek being in America and in his character establishment, he is a person who always fails to do anything rightly. He has a company of movers and packers with his girlfriend Radha (Rakul Preet Singh). Once, they both end up in an argument and Radha breaks up from him. And then after he gets a call from his father and the story turns back to India and starts becoming a sloppy representation of a stereotypical Punjabi family with a dadi who is called Sardar.

The film tells us a tale of the family dynamics of Sardar’s family where Sardar’s two sons have an underlined idea of who gets what from Sardar’s possessions. The sons and their wives are all into finding ways for how to keep pleasing Sardar so as to have the larger share in the property. 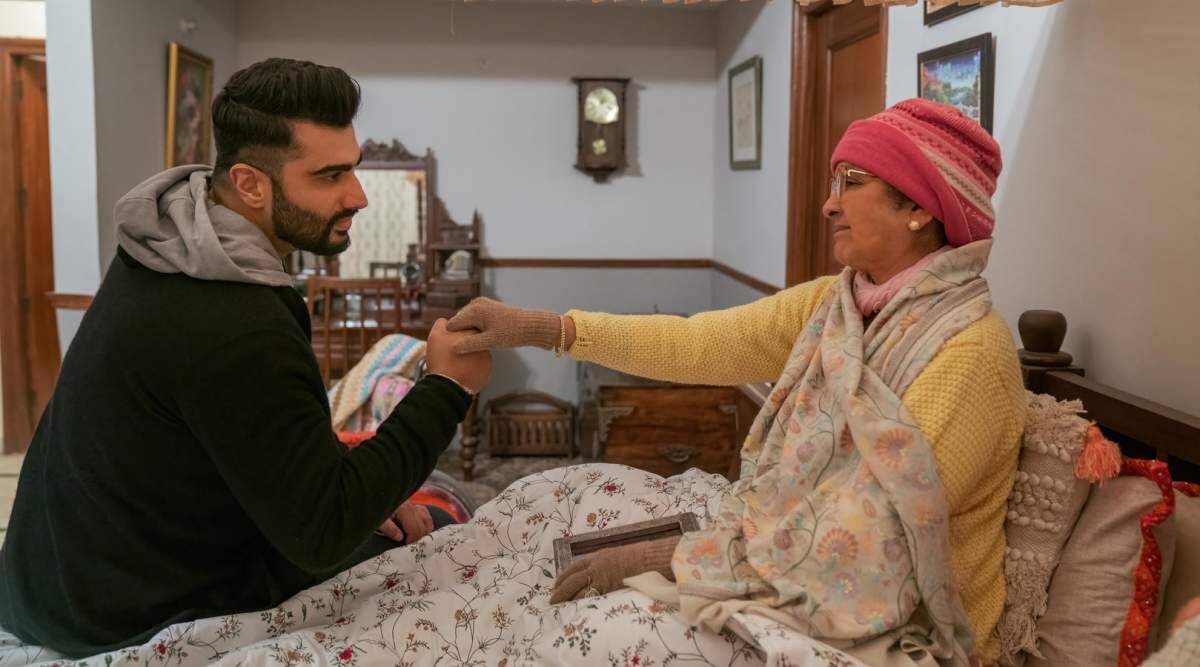 Read More: Best TVF series you can watch during lockdown

To complete Sardar’s wish of taking her to her house, Amreek, the best of all the grandchildren decides to make her see her house and for that, he comes up with as impossible as ever idea of bringing the house to India because Sardar can’t go to Lahore. And guess what, he literally executes that unrealistic idea, and the story tries to show it as a tale of India – Pakistan’s bond.

In the last half an hour, Amrik says to the Mayor of Pakistan, “Tumhara toh pata nhi par tumhare mulk k log bahut aache hai” which supposedly is a good dialogue adding all the drama the film needs. But overall, the film didn’t pull the emotion strings the way it was trying to pull.

At times, the film goes in flashbacks where we get a glimpse of how things were during the time of Partition and how Rupinder came to India and this scene is juxtaposed all so beautifully with Amreek going back to Pakistan to bring her house back.

Although, Arjun Kapoor gives his best on-screen and is perhaps the one leading the whole film on his shoulders, Neena Gupta, the legendary screen performer as always hits the mark with her acting but the prosthetics fail terribly in making her look like a 90-year-old woman. You can literary see the foundation shining on her face.

Sardar ka Grandson is overall full of Drama, but how sensible drama is difficult to say. It is supposed to be a comedy but unfortunately, it misses there too. Where it tries to brush upon the dynamics of family, the dynamics of the country at the time of partition, the weak execution make it miss there as well. Everything is shown in your face so upfront that you lose interest in it.

But above these things, the story of Sardar Ka Grandson is fresh, the concept is fresh. Irrespective of the fact that it is a little loosely packed. We missed the layers in the film but the intent is clear and new. The very idea that how human attaches with things, with people, with emotions, with flavors of a place and how all of a sudden losing them can feel like is an absolutely beautiful thought to watch.

You can watch the film on Netflix.

'It happens only in India': 10 Bizarre Stories to prove it