The unexpected death of Bollywood actor Sushant Singh Rajput has started a nation-wide debate over nepotism and favouritism in Bollywood. Some big names of Bollywood that includes Salman Khan, Karan Johar, Aditya Chopra, and others have come under the radar. It is alleged that these A-list Bollywood actors, producers and directors had pushed the Patna born-lad to the fringes of the Bollywood industry, which ultimately made him take his life. There is an outrage not just amongst the fans of Sushant Singh Rajput but across the movie lovers citing that the Godfather-Esque culture in Bollywood is pretty well intact and thriving because of these people.

The 34-year old actor’s death has led to demands for an investigation from several quarters. His family in Patna, Bihar is in huge grief and are demanding a CBI investigation into the matter. A case has been filed against Salman Khan, Sanjay Leela Bhansali, Ekta Kapoor and Karan Johar under Sections 306, 504, 506 and 109 of Indian Penal Code in connection with the actor’s death in Bihar’s Muzaffarpur court. Sudhir Kumar Ojha, an advocate based in Bihar filed the case before the court of Chief Judicial Magistrate Mukesh Kumar.

Salman has invited spotlight more than anyone

While all the aforementioned names along with Alia Bhatt, Sonam Kapoor have invited some degree of spotlight, none is inviting it more than the Dabang of Bollywood, Salman Khan. The 54-year-old Salman Khan has yet again come under the radar for using his foothold in the industry to push another Bollywood star in the corner.
From Vivek Oberoi to Arijit Singh to Sonu Nigam and now Sushant Singh Rajput, the so-called godfather of Bollywood is being alleged of making the lives of people hell who dares to cross him.

As per sources, Sushant Singh Rajput got firing from Salman himself. This incident took place because the ‘MS Dhoni: An Untold Story’ actor allegedly misbehaved with Salman’s mentee Sooraj Pancholi at a party. Salman Khan called Sushant and thrashed him on the phone and asked him to stay away from Sooraj.

And that is how Sushant came on the radar of Dabang Khan. It has been reported that many of Sushant’s films (at least 6 to 7) were taken away because Salman had ordered the Bollywood producers to do so. 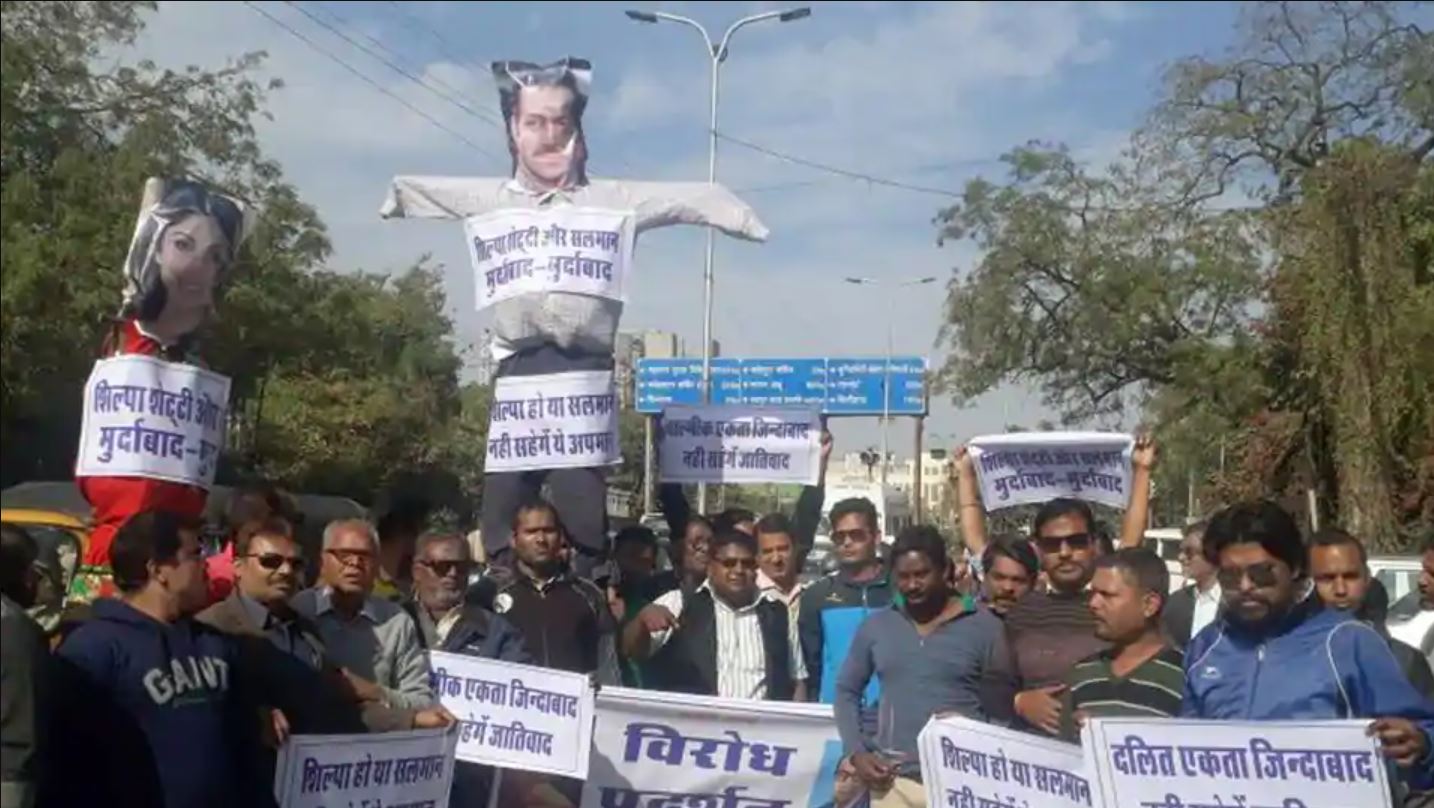 Sonu Nigam lashed at Salman in his new Vlog

Sonu Nigam recently uploaded a video in the aftermath of Sushant’s death and without taking Salman’s name pointed out that his songs were replaced after the inputs of “Tiger Zinda Hai” actor. Sonu said in the video, “I should not be asked to sing, the same actor who is under radar currently had said to me. How could you use your power like this?”

Earlier, there were reports that Salman Khan replaced the song of Arijit Singh from his movie “Sultan” because of a small rift with Arijit Singh during an award show. Arijit later penned a heartfelt apology letter to Salman on the public domain but the so-called ‘godfather’ of Bollywood wasn’t kind enough to pardon the singer.

Salman’s altercation with Subhash Ghai is very-well known. Salman had even slapped the director in a fit of rage which he admitted on record.

People in Bihar have been especially very angry at the Bollywood superstar Salman Khan. Apart from police complaints, various marches took place where people burnt the effigies of Salman Khan. Posters and hoarding at shops featuring Salman Khan were taken down. Even a Bhojpuri song went viral in which Salman was abused and the singer grieved for Sushant Singh Rajput. This all happened because Sushant Singh Rajput is considered very dear to the people of Bihar as he belonged to Patna. He was one of the very few mainstream actors of Bihar who made it big in Bollywood.

US pauses H1-B, other visas till Dec 2019: Understanding the visas norms and implications on India