Bharat team has played a masterstroke by visiting the IPL final show.

Salman and Katrina are all set to host the finals of the IPL 2019. They will be hosting some segments of a pre-match and post-match show of IPL 2019 on 12th May. The Hit Jodi from Tiger series is coming to promote their Movie Bharat. The upcoming movie Bharat is directed by Ali Abbas Zafar which is bringing some surprises in the show.

The makers are trying the new strategy for “BHARAT” movie promotions. Katrina Kaif and Salman Khan will be seen in India Premier League hosting the show. Salman Khan and Katrina Kaif will promote the film during finals of MI vs CSK in Hyderabad. They will host the match from the studio only because of some security reasons. The sources say that one of the most expensive and biggest cricket show grab a lot of eyeballs and this will help the movie to reach to masses.

IPL is the most

Producers of Bharat Nikhil Namit and Atul  Agnihotri has come up with IPL integration marketing scheme. Katrina Kaif and Salman Khan will host a segment together in IPL. Salman Khan has already shot an advertisement for IPL for star sports. Nikhil Namit elated from this new move said that the strategy is of similar scale like having a trailer attached with Avengers: Endgame. This certainly seems like the masterstroke from the Bharat team. The movie is slated to release this Eid. 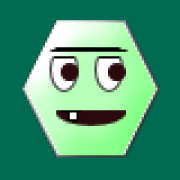 Listening VS Hearing: How good listening can mend your relationships?

Bigg Boss 15: Ieshaan Sehgaal, a man who caught attention with his ‘KISS’