Life gives you best when you least expect it: All you need is that one ‘Effort of never giving up’

Before you start reading – Just a reminder if I can do it, you can do it too. Always remember it’s never too late to chase your dreams. You never know what’s coming to your way just keep believing!!!!

Sahiba Singh Dhupar, born into an educated family, it was nothing likely for her to opt for the best of education. A star on stage, she has represented the state in the theatre twice and has won awards as well. Her effortless performances were attributed to oratory skills. However, at the age of 17 during 12th grade, she was only visiting hospitals and staying there like it’s a resort with more than 350 tests done on her. Finally, Sahiba was diagnosed with Tuberculosis.

While she was busy making her nurses dance, her haemoglobin was 3 and temperature below 94. After more than a year of treatment, she fully recovered. She was asked to repeat 12th class but she didn’t. After that, Sahiba appeared for IP entrance and scored 160th rank.  She went on to study BBA & MBA.

She was the second person in a batch of 150 students to get placed in the third semester with a reputed group. However, her stint as an HR management trainee didn’t last more than a year. She says, “I was terrible at my job and only fortunate to have been blessed with a team who still supported me.”

Sahiba added, “I left my job and got married at the age of 23. A few months into my marriage and I was on sleep tablets because I felt wasted. One day, I stumbled upon training with a Canadian company franchise called Kidproof. I provided training to adolescents on sexual abuse, bully proofing, cyber safety and other relevant topics. For the first time, I felt satisfied at work. It was the best accident of my life. My natural skill set of public speaking came handy and realised this is what I wanted to do all my life.”

How she started off and then never looked back ? A story of the journey which became beautiful with each passing year!

She started off as an English Communication coach and came across hundreds of trainees of all age groups majorly between 25-65 yrs, who made her realise that it is so tormenting to be enveloped with self-doubt. Lack of exposure and low self-confidence was making them bully themselves to no extent.

She shared about a case where a client once broke down in front of her because her child questioned her English speaking skills, which were poor and all she wanted was not to be an embarrassment to the child whom she strived to give everything she couldn’t avail. There were layers in every individual waiting to be unravelled and that is exactly what motivated.

“When I knew that I had the power to build something that was only being destructive till now, I took a deep dive in Personality Development. As fancy as this term sounds, it was a herculean task to even imagine how empowerment can uplift a person’s outlook towards themselves in return radically modifying the lens people viewed them with”, Sahiba added.

She equipped herself in soft skills, communication skills, image management and etiquette & grooming, helping her cover the four major areas of a person’s persona. Communication, appearance, behaviour and Etiquette. But Certification wasn’t enough,

She wanted to make a difference in so many lives, irrespective of gender, caste and age. Sahiba left her job and started taking one on one consulting. Remembering the first student she said, “she was a teacher from UP, who failed to crack her interviews in Delhi and was struggling with her lack of confidence, we toiled for months until she succeeded, but most importantly, she fell in love with herself. That wasn’t just a turning point until I got a call from her a year later asking me to name her newborn son. I felt like I have been bestowed with responsibility. My shoulders were happy with this weight I called my obsession.”

Talking about her future, she will continue to provide training to corporate, educational institutions and individuals. Wiping someone’s tears to hug them in joyous moments became normalcy. However, the most important part was the role she played in their lives. Even through group training at schools, colleges, companies or my own, my heart was warmed with the love she received. 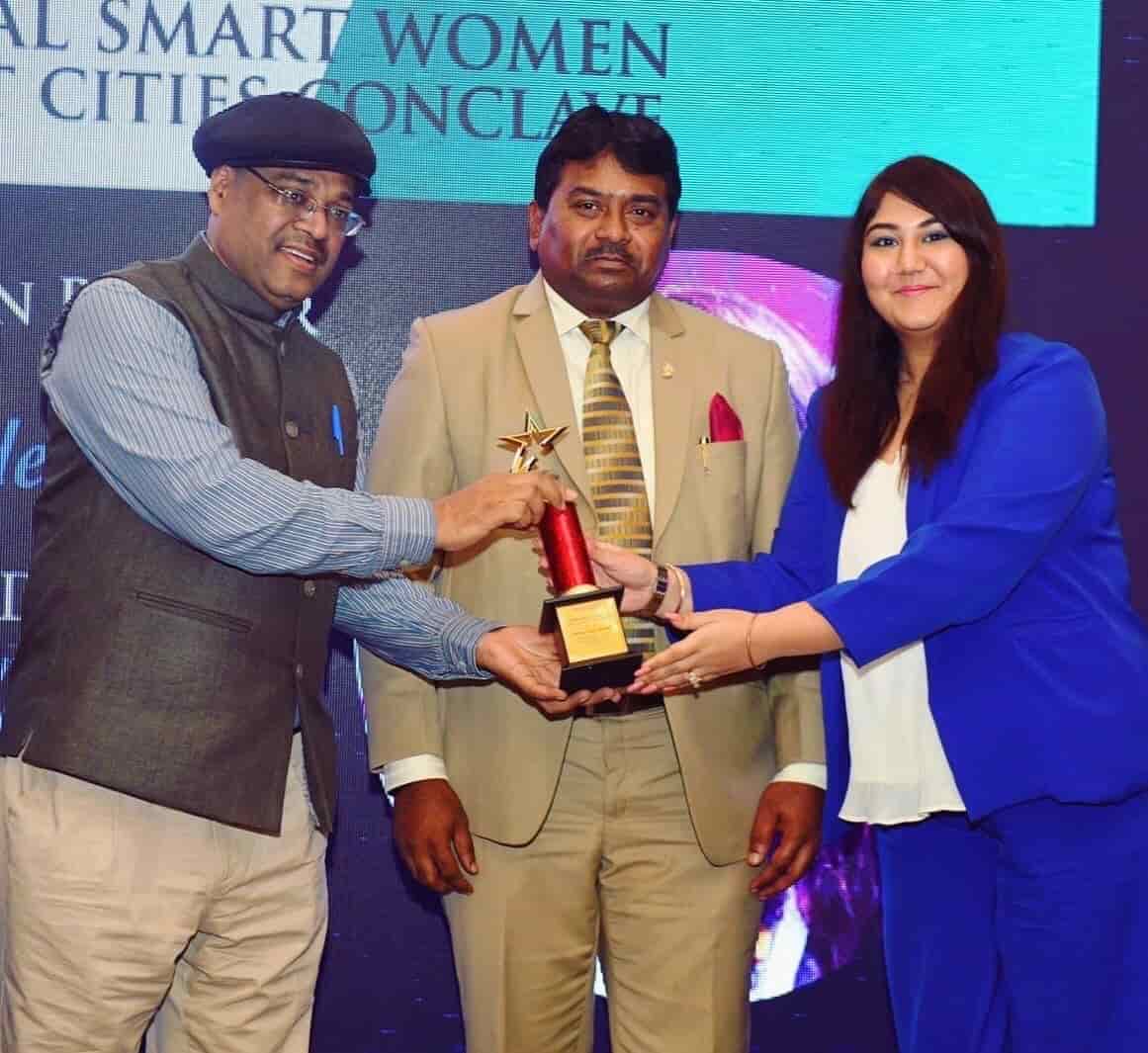 Sahiba says, “My biggest hurdle came in Image Management when people couldn’t relate to an overweight girl endorsing Image management, a field more glamorous in its own appearance to Indians. I took it as a challenge and made it my trump card. A girl who had been fat-shamed will now become the catalyst to alter people’s body image. I endorse healthy, propagated beauty and is not subjected to a size and publicly acknowledged. I am not defined by a 26-inch waist. Now, people find reliability in my USP and say, ‘If she can we can’. I became a proud propagator of ‘Body and Colour positivity”.

She added, “But even this made me realise something, I needed to apply the concept of self Image on myself to be capacitated to enable others to do so. My only aim in life is to eradicate all the negative self-talk we give to ourselves, demolish the bully that resides in us, put us down and empower every individual around me to be comfortable and happy in their skin, love themselves.”

Her journey can be defined as from a meek teenager to an under-confident homemaker, a boisterous individual with hidden insecurities. She wants to enrich each one’s life with something beautiful such as self-love, aid them and upscale their skill set in the domain they require.

Patanjali launches Anti-COVID-19 drug 'Coronil': Everything you need to know