Why is Munmun Dutta only known for playing Babita Ji?

Tarak Mehta Ka Oltah Chashma, an Indian sitcom may have lost its popularity now but the show had ruled the TV ratings for more than a decade. As the sitcom gained popularity among viewers, their characters also engraved their names in people’s hearts. You may not remember their real name but you will know their on-screen names. And one such name is Babita ji aka Munmun Dutta.

The Bengali beauty instantly became everyone’s crush. In fact, she is also seen as the on-screen crush of another popular character of the show Jetha Lal. But have you ever wondered why you have never seen Munmum in any other films or TV series and why she is always targeted by the trollers? Why do she gets filthy comments on her social media?

Even though she must have played any role in any other daily soaps or film, they were as forgettable as your ex. Why did this happen? Why did a talented, famous actress remain so ignored by the entertainment industry? Let’s take a look.

When she has to file a complaint against her ex!

These idiots have nothing better to do , so to all the idiots and fake news , get your bloody facts correct before u try to kill some ones name , we’re u retards born this way or was there a permanent brain damage there r many more truthful stories, I feel sad for u all, loosers https://t.co/lDb7cQfzIz

The sad reality lies in Munmun’s past relationships. Munmun Dutta got her big break with TMKOC in 2008. But she debuted in the industry with a serial named ‘Hum Sab Baraati’ in 2004. During that show, she met Dilip Joshi aka Jetha Lal. Dilip referred Dutta to TMKOC. During 2005 & 2006 she did 2 films, Mumbai Xpress and Holiday, but failed to leave a mark in audiences’ minds. Rather, she was only offered roles which objectified her or was casted just to add a glamour quotient. In that era, actresses had no option but to accept such roles to stay relevant in the industry.

However, when she got TMKOC, her popularity skyrocketed, and people assumed that she might get cast in any other role as a female lead. Unfortunately, that didn’t happen.

While she was busy winning hearts as Babita Ji, Arman Kohli, one of the Bollywood actors lost his heart to this bong beauty. They dated for a while, but this relationship soon became toxic. Reports suggested that Kohli used to hit and abuse her. Things went so sour  that Munmun had to file a complaint against her then boyfriend. However, none of them openly spoke about it. Arman Kohli even lashed out on Twitter for linking him with Munmun.

Then, the TMKOC actress was still struggling while Kohli was counted among mainstream actors of Bollywood. This controversy impacted her career drastically. However, all this happened in 2010. Then why even after a decade did she restrict her identity to Babita Ji?

When Babita was accused of backstabbing Jetha?

According to a rumour, Munmun Dutta was allegedly dating Raj Anadkat aka Tappu who is the on-screen son of Jetha Lal Gadda in TMKOC. Several news portals added fuel to the fire. Babaji-Tappu remained trending on Twitter and meme pages did not miss their chance to encash the rumour. However, Munmun gave the befitting reply shutting all the trolls.

Some critics believe that Munmun need to brush up on her acting skills. And she had shown that improvement too. But apart from her professional life, the social media trolls played a major role in shaping her career. If you go through her social media account, most of the time, her comment section is either turned off or restricted. And the reason is pretty clear. People troll her brutally and in a filthy manner. She is always looked at as an object to lust on.

Even in 2015, her movie flopped. It is very hard for her fans to accept her in any other role because people have accepted her as Babita Iyer and this character is strong enough to overpower her real identity. It is very sad to see how people take a jibe at her on-screen character in the most pathetic, disgusting and disrespectful way possible. This definitely must have affected Dutta’s mental health. But we are also amazed to see how gracefully she handles all the trolls.

However, the fact can’t be ignored that she is as convincing as Babita Iyer, that it is hard to replace her. Although she has been doing one show for 13 long years, still she is counted in the list of top TV actors.

Keep your heels and standards high!

Rape in School: Shocking! 824 government schools in Delhi doesn't even have a Headmaster 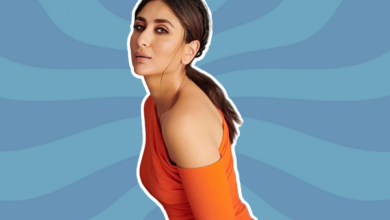 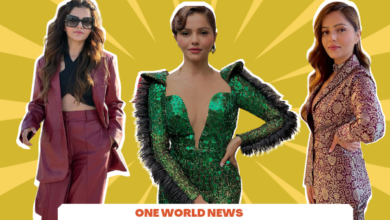