Here are some important Russia-Ukraine updates that you should know

PM Modi dialed Zelenskyy, Thanked him for the support.

Is Russia planning a nuclear attack?

Russia-Ukraine updates: Ukraine is still gripped under the clouds of war. Every minute, Civilians, soldiers, and the world are paying for the consequences of the Russian invasion. However, Russia is in no mood to sign the peace treaty. The evacuation process and talks with other nations are underway.

Amid this, various developments have taken place in Russia-Ukraine. Therefore, here are some important Ukraine-Russia updates that you should not miss. 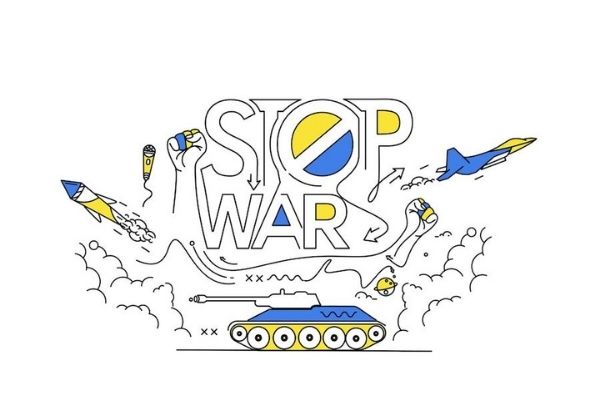 Russia to hold fire and open humanitarian corridors in Ukraine’s capital Kyiv and three other cities. Interfax cited the Russian defense ministry as saying, “The Russian government announced a ceasefire in Kyiv, Kharkiv, Mariupol, and Sumy. The humanitarian corridors are being set up at the personal request of French President Emmanuel Macron,” Russia’s defense ministry said.

PM Modi dialed Zelenskyy, Thanked him for the support

Prime Minister Narendra Modi held talks with Ukrainian President Volodymyr Zelenskyy over the phone. According to government sources, the two nations’ leaders spoke on ways to get out of the Russia-Ukraine crisis. In a 35-minute telephonic conversation, PM Modi showed his gratitude towards Zelenskyy for the help extended by the government of Ukraine in the evacuation of Indian nationals from the war-torn nation.

Nevertheless, India has not sided or favored either Russia or Ukraine. India has repeatedly said, “Its focus is on the safe evacuations of Indians stuck in conflict zones and has called on Russia and Ukraine to seek a peaceful solution to the ongoing crisis.”

Recently, Russia warned Ukraine to put down their guns and agree with the Kremlin’s demands. A thinly veiled threat from Putin accompanied a telephone call with Turkish Prime Minister Tayyip Erdogan, who suggested Ukraine should adopt a ‘constructive’ approach to the third round of peace negotiations.

Is Russia planning a nuclear attack?

Since seizing Zaporizhzhia nuclear power plant on 4 March 2021, the United Nations nuclear watchdog has warned that Russian forces have tightened their control of the Zaporizhzhia atomic power plant.

The head of the International Atomic Energy Agency (IAEA) said that Ukraine’s nuclear regulator informed it that staff members at the plant, the largest in Ukraine, must seek approval for any operation, even maintenance, from Russian forces.

In addition, Russian forces have switched off several mobile networks and the internet at the plant. This impeded the chance of receiving reliable information from the site, he said. Nine days after Russia invaded Ukraine, the nuclear power plant was captured. Russian shelling caused a fire in a building at the site, triggering global concern about a potential massive disaster. The blaze was extinguished without significant damage. It attributed the attack to Ukrainian saboteurs, calling it a “monstrous provocation.”

Several top corporations from across sectors have cut off ties or are in the process of stopping operations in #Russia amidst its ongoing war with #Ukraine.
Here's a checklist of top companies that have taken a stand against 🇷🇺

For more Russia- Ukraine Updates and information, stay in sync with us.