A significant headache due to the Russia-Ukraine crisis, both for families and policymakers. Prices are likely to increase for certain goods.

Russia-Ukraine crisis refuses to subside – significant countries have already declared that Russia has invaded Ukraine. In spite of the distance between India and the location of the situation, there is still the potential for the crisis to affect the Indian economy negatively.

Due to the global nature of our current world, geopolitical developments such as this can have an impact on countries not directly involved in the conflict.

India could witness a significant headache due to the Russia-Ukraine crisis, both for families and policymakers.

Read More- Russia and Ukraine Crisis: After China Extended Its Support For Russia, The US Sends Its Troops To Poland

Amid tensions, not a single ship of sunflower oil imported to India

India imported 1.89 million tons of sunflower oil in 2021 – 70 percent of which came from Ukraine. Russia contributed 20% and Argentina contributed 10%.

In February, Ukraine reportedly has not sent a single shipment of sunflower oil because of tensions with Russia. Ukraine usually ships 1.5 to 2 million tones of sunflower seeds during the February-March period, so if the ongoing conflict continues for two or three weeks, this will put pressure on the Indian market.

Over half of India’s gas needs are met by imports of liquefied natural gas (LNG) from Ukraine. A small portion of India’s LNG consumption is also imported from Russia.

Pharma sector may face the brunt too

Pharmaceutical companies such as Ranbaxy, Sun Group, and Dr Reddy’s Laboratories have established offices in Ukraine, and there is an Indian Pharmaceutical Manufacturers’ Association (IPMA) in Ukraine. 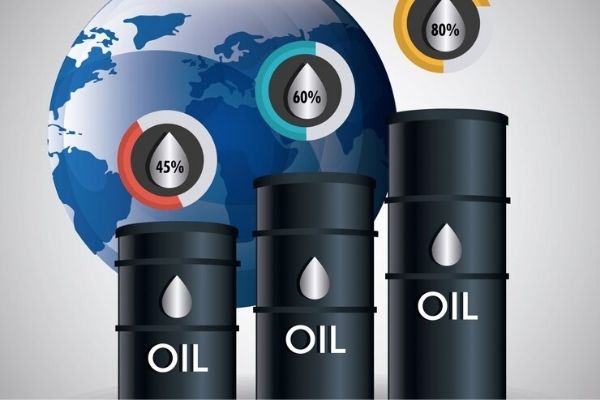 Because of the Russia-Ukraine crisis, crude oil prices in international markets have surged to nearly $100 per barrel, a more than 4% increase.

India’s petrol and diesel prices have remained unchanged since the government cut excise duty on November 4. Since then, crude oil prices have increased by $10.

There may be a price freeze due to the upcoming elections, but once the polls end on March 7, there may be a revision.

Price of wheat may skyrocket

Russia is the world’s top exporter of wheat, while Ukraine is the fourth-largest exporter. Experts fear prices will rise if grain flow from Black Sea regions are disrupted and food prices increase.

A recent United Nations report indicates that food prices have risen to their highest level in over a decade, primarily due to the impact of the pandemic on supply chains. Future volatility spikes in energy and food prices could follow.

Palladium, a metal used in automotive exhaust systems and mobile phones, has soared in price in recent weeks amid fears of sanctions being imposed on Russia. The country is the world’s largest exporter of palladium.

Some nations are still paying the price of two World Wars. Therefore, we cannot afford to take the burden of third. However, the two countries and its other allies are not in a mood to settle for less.