Have you guys ever seen 1,000 robots dancing together? But this epic moment happened in China. When more than 1,000 robots danced simultaneously in Eastern China, it not only was a visual treat but made a world record as well.

During a beer festival in Eastern China’s Qingdao, robots danced in synchrony, and entered the Guinness World Record book. 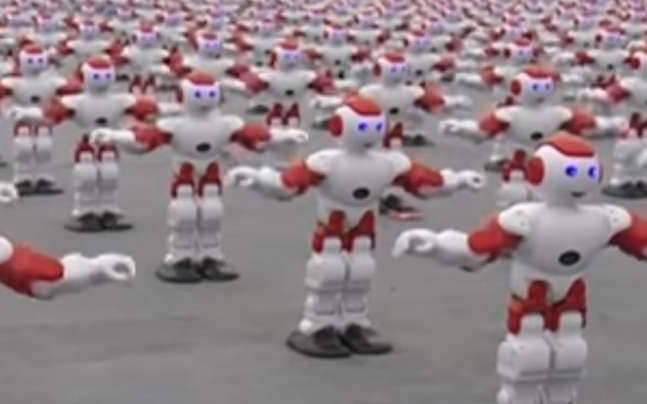 As per reports total of 1,050 humanoid robots began this dance and 1,007 finished the dance without falling or stopping. These 1,007 robots have beaten the previous record of a mass dance by 540 robots in Southern China’s Shenzhen.

After watching this epic moment you will definitely feel that you have entered into robotics world!

Have a news story, an interesting write-up or simply a suggestion? Write to us at
info@oneworldnews.in
Tags
featuredhomeews World

India's oldest man is still living a healthy life: Find out how?

Soon Delhi people will able to pay bus fares via their Metro Cards!