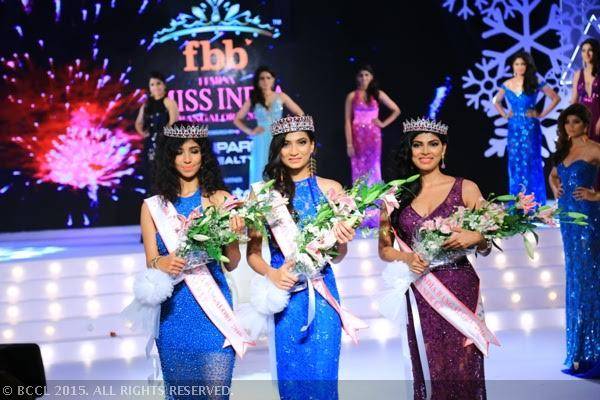 Nirpun Bhandhari and Shanvi Srivastava are crowned as first runner up. Whereas , Tilak Shekhar and Parvati Nair crowned the second runner-up.

On December 20, at Shangri La fbb Femina Miss India Bangalore 2016 peagent was wrapped up with infinite oomph and glamour.

Winner of Bangalore got a lifetime opportunity to get a direct entry to the grand finale of fbb femina Miss India 2016.

In the South India contestants from various cities like Hyderabad,Chennai and other regions participated to win.

Various experts from the glamour and fashion industry judged the show.

Moss India organisation has not only become a platform for launching young talent into the Indian Glamour industry but has also produced veterans.

Apart from the films and television, these beautiful girls also become the face of many major lifestyle, fashion and luxury brands in our country.