Renault, the French automobile manufacturer has announced, on Monday that it had already started the export of its entry-level car, the Kwid, and the Duster SUV to Nepal from its further operations in India.

The carmaker marked the entry into Nepal’s market by further associating with the Vishal Group, which is one of the largest business houses in the country.

The tie-up with the group is in sync with the firm’s strategy to expand its presence in the SAARC Region, Renault said in a statement.

Read Here : The Renault Kwid…. is it worth it?

To start with, the Advanced Automobiles Pvt. Ltd, which is also a part of the Vishal Group, will sell Kwid and the Duster in Nepal, where SUVs and also hatchbacks are the growing segments. 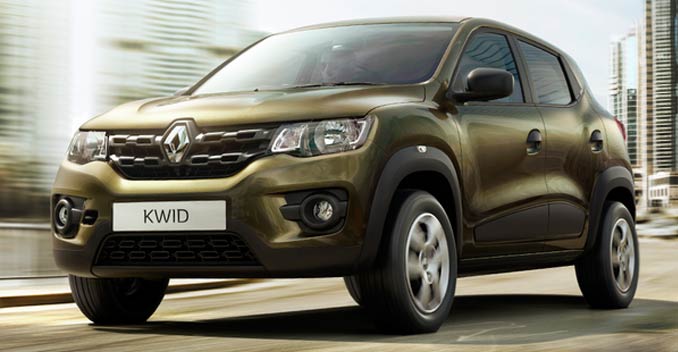 Motive behind the export

Renault Kwid, which is manufactured with over 98 percent localization, is an example of the ‘Make in India’ ideology. It has attained great success, and has almost revolutionised the compact hatchback segment in India.

“Nepal is an important market for Renault’s growth in South Asia and we have also carved out a clear-cut strategy in order to grow our presence in this important market with an ambition to be among the top players. We are confident that the Kwid and Duster will further play a significant role in our expansion plans in Nepal,” Sumit Sawhney, Renault India Operations Country CEO and MD, said in the statement.

Renault has made a sale of 12,927 units in August 2016, up to exponentially from the 1,527 cars sold last August. Renault India Pvt. Ltd. is also a fully-owned subsidiary of the Renault S.A.S. France and has a manufacturing plant in Oragadam, Chennai.

Renault which belongs to India has a widespread presence, with more than 224 sales and service facilities across the entire country.

The carmaker is entering Nepal by this association with the Vishal Group is expected to reach new heights.

Have a news story, an interesting write-up or simply a suggestion? Write to us at
info@oneworldnews.in
Tags
Automobile Car featuredhomeews India

Married Not Branded: Why do I change my Surname?