‘Ramrajya’- an unfulfilled dream of India

As discussed in my previous article – “Are we an ostrich nation with an Emperor who wore the proverbial new clothes?”, the current ruling dispensation made huge promises of bringing a ‘Ramrajya’ – a Utopia back to India, where there is no unemployment, good healthcare, good education, good safety, and general happiness and contentment in the population of India as a whole. In this article, I will discuss Ramrajya, an unfulfilled dream of India.

What made one excited was the overwhelming mandate with which the BJP came into power, giving credence to the Ramrajya story.  Sadly this mandate was frittered away on petty self-interests and playing to the Hindu hardliner vote bank, without any concern about its larger impact on the Nation.

That said, we have had similar experiences in the past in the country, regardless of the political party in power, in terms of unfulfilled promises and shattered dreams of the citizens.

A major reason could be the way we have gone about choosing political parties and candidates as our Members of Parliament, and the general system of governance – the bureaucracy in the country, both of which have more often than not proven to be loadstones, not only in the National Growth, but even its wellbeing.

How India choose its leaders?

In elections, by and large, parties choose candidates according to religious and caste demographics of electoral territories, not according to job performance criteria, but according to whether they can win the elections or not.  Using various means – playing on caste sentiments, or religious sentiments or even in quite a few cases, outright intimidation, elections are fought and won.

Since the candidates never really sought votes based on performance, they then don’t take the fulfilment of electoral promises really seriously.  These electoralpromises, enshrined in their party Manifestos are changed from one election to the other without any moral or legal compunction, making even their publication really a farce at best.

In perspective, at the time of approaching markets to sell shares, companies issue what is called a Prospective.  This document, much like the manifesto lists all that what all company intends to do with the money it collects from the proceeds.  The only difference, here is that if the company misuses the money, i.e., does not apply it as ‘Promised’, the company, its Promoters, Directors and key officers are liable for all sorts of Civil and Criminal prosecution, including hefty fines, jail time, and barring them from ever becoming Directors of companies again.

Why there no such laws or rules for election Manifestoes?

Before elections, every party goes through the charade of coming out with an amazing manifesto about what “They Promise to do” if elected. This manifesto then becomes the basis for a lot of government policy – as long as it is convenient for the ruling party to follow – as was seen in recent history about the construction of the Ram Temple in Ayodhya, the removal of article 370 from Kashmir, etc. – both massive vote winners with the Hindu right-wing.  However, job creation etc. have been conveniently forgotten.

Why am I talking about the BJP?  Do I have any personal grudge against them?

Not at all.  Simply because they are currently in power, and came into power with a promise to “remove all ills done to the nation over the past 70 years” as they keep harping.  Sadly, they too have forgotten all electoral promises, save those that help them win them votes from frenzied right-wingers who dream of a ‘Hindu Rashtra’.  However, what one forgets – even these right-wingers are humans…they too need to feed their families…their kids need education…vocational training – to be fit to work…they need healthcare, safety etc., etc.

None of this has been really taken care of for decades because it is easy to sway uneducated poor masses.

This is where caste and religious politics comes in.  At the time of Independence, Pakistan was created to assuage fears in the Muslims that they would get the short end of the stick in Independent India, which was, and is Hindu Majority – with the Muslim majority areas going to Pakistan (which later split into Pakistan and Bangladesh). A mass exodus took place with Hindus moving to a Hindu majority areas from Pakistan, and similarly a large number of Muslims leaving the Hindu Majority of India for the religious safety of Pakistan.

A significant number of Muslims stayed back taking to heart the Congress Promise (basically almost the only political party in India at the time) of a Secular India, giving India one of the World’s largest population of Muslims.

The Hindu majority in turn had, and has a number of castes and sub-castes, with the lower castes treated Inexcusably very shoddily over the past centuries, thus keeping them most unfairly away from mainstream society and activities.

Post -Independence, there was a massive shortage of everything – funds, food, healthcare, education, etc in the country.  So to bring these lower castes and tribes, now called Scheduled Castes and Scheduled Tribes – into the mainstream, seats were now compulsorily reserved in Government schools and all colleges, and Government jobs with lower marks cut-offs for them, to enable them to start coming into the mainstream of society.  These quotas were temporary in nature, and were to go over a decade or so – the assumption being that sufficient educational institutions would be created in this time span, as also sufficient job opportunities to make these quotas quite redundant.

Read More: 6 Months of Farmers Protest: A timeline of events

At that time, the political significance of a Muslim population and Scheduled Castes and Tribes had possibly not dawned on the Nation’s founding Fathers, hence the desire to become quota-free over a certain period.

Soon, more and more political parties began to join the fray, whittling away at the near 100% majority of Congress in the Parliament, and state assemblies. This is where things began to get murky, and local popularity, including religion and caste, suddenly started to play a major and then almost total role in electoral politics.

Since the Congress had helped with the upliftment of the Scheduled Castes and Tribes, and also the staying back of Muslims, they became the basis of the Congress vote bank, on which this venerable party relied for the longest time to win election  – at least in the Northern part of India, with UP contributing significant numbers of MPs, making it very relevant in election wins.

To keep the Muslim vote bank intact, they created a number of Muslim ‘Community Leaders’ – essentially Muslim Clerics – only to whom they would listen, giving them importance and credence within their community.  These leaders would be appeased, and appear to be appeasing the Muslim community at large…only appearing.  A major tool was keeping the Muslim populace uneducated, with only Madarsa education being permitted by these Clerics to their congregation, where the learning is limited to the Holy Quran and almost little else, relegating these children to menial jobs, and cementing their place at the lower end of the financial spectrum, resulting in mass poverty.

This hold over the Muslims was taken over by Samajwadi Party in the ’80s, and concurrently the Scheduled Caste vote by Bahujan Samajwadi Party, rendering the Congress almost impotent in their most populace vote bank area.

With all this happening, and to keep Muslims feeling unsafe, riots would occasionally break out in towns in North India, which in turn would make Hindus feel unsafe – which gave significance to the RSS as the saviours of Hindus against a biased Government, which was purportedly supporting the Muslims.

As a side note, the political front of the RSS – the BJP (erstwhile Jan Sangh) came to power in 2014 with a mandate to create massive jobs, and give the Hindu Majority a feeling of overwhelming safety removed Job creation from its 2019 Manifesto, and decided on the safe ground of saviors of Hindus instead, and anyways got their majority (no need for job creation and the betterment of citizens lives).

This game with the citizens kept all parties – the political ones at least – happy – from the Left to the Right, with each banking on their scared vote bank – projecting themselves as their savior.

The spoiler in this game would have been – citizens asking for delivery of services and institutions to make their lives progressively better, and voting solely based on qualifications, performance, track record, criminal (preferably not) background, etc.

To do this, the population needs to be educated, not only with basic learning but with employment and survival skills (even if it is frying Pakodas) with proper vocational training – be it with college degrees or with artisanal skills. 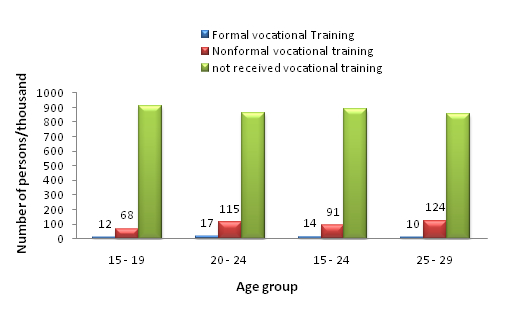 For this to happen, educational institutions would have to have been created at speeds greater than population growth (remember – we were already very short of them at the time of Independence), including medical – MBBS and MD seats (to take care of the primary, secondary and tertiary healthcare of the Nation).

This would have bolstered the economy in terms of skilled workers – both self-employed and those who were and are eminently employable (we today enjoy a large young  population of largely unemployable youth),  teachers at all levels, healthcare (with sufficient medical staff), improved farming practices, again due to education, creating a better and more responsible society at large. 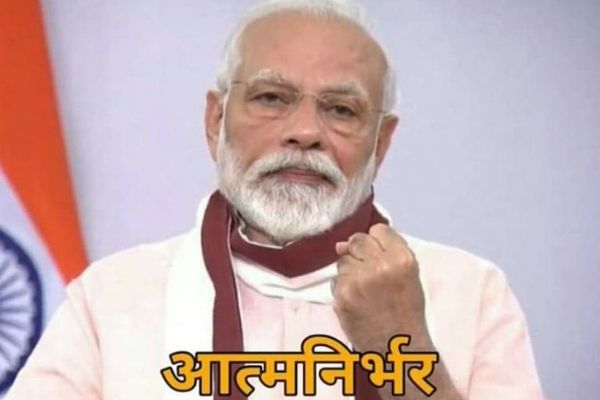 This didn’t, and continues not to suit any political party, whatever their official political leaning because the game is not ‘Nation First’ or National Development, but power at any cost…The nation will end up taking care of itself, as our beloved Prime Minister recently said “Mitron Atmanirbhar Bano”…..what else have we been doing all this while? 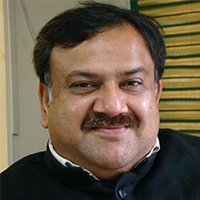 The Importance of ‘Self’ in a Relationship