Rahul Gandhi, Congress vice-president will be visiting Ayodhya on Friday as part of his ‘Kisan Mahayatra’ ahead of the Uttar Pradesh Assembly Elections.

Interestingly, he will be the first in the Gandhi-Nehru clan who is visiting the city since the demolition of the Babri Masjid 24 years ago.

Reportedly, he will be offering his prayers at the famous Hanuman Garhi temple. However, it is still not confirmed whether he will be visiting the Ram temple at the Ramjanmbhoomi-Babri Masjid site, which is just about a kilometre away. 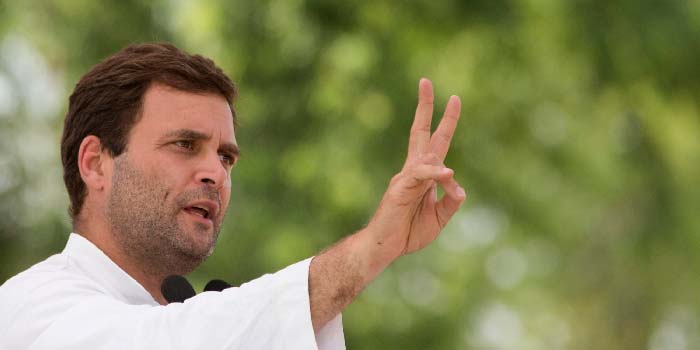 According to a report, Ram Das Verma, president of the district Congress committee, Faizabad, said that, “Rahul Gandhi will be visiting Hanuman Garhi temple for darshan at 10 am and then will be meeting Mahant Gyan Das. There is no other programme or meeting withaanybody else.”

The Congress vice-president will later hold a road show in Faizabad.

On Thursday, he was in Basti where he had interacted with farmers and then visited many nearby villages.

Have a news story, an interesting write-up or simply a suggestion? Write to us at
info@oneworldnews.in
Tags
Ayodhya featuredhomeews politics Protest Rahul Gandhi

Kapil Sharma questions PM Modi: These are your ‘Ache Din?’