7 bold statements were made by gorgeous Radhika Apte, and we just loved it!

7 statements that proved Radhika is none less than a queen!

It’s Radhika Apte’s Birthday and she is no less than a diva with fire. She is one of the underrated actresses in Bollywood who is an ultimate bundle of extreme talent and art. Starting from the non-commercial cinema, Radhika has shown some markable performances establishing her name in Bollywood and slowly stepping into the commercial cinema too.

How did she start her career?

Apte was born in Tamil Nadu, Vellore, and was brought up in Pune. Her parents belong to a strong medical background. Radhika herself is an Economics and Mathematics graduate from Fergusson College, Pune. While growing up, she developed a passion for dancing and got herself trained under Rohini Bhate for eight years in Kathak. During her interviews, she mentioned the hard times of her life when she was paid 8000 to 10000 monthly for theatre and other activities. In 2005, she played a small role in Hindi film Vaah! Life Ho Toh Aisi!

In 2009, she started doing theatre with a Bengali social drama called Antaheen. After this, she got a role in films like ‘Shore in the City and ‘Rakta Charitra.’

Midway, she decided to go to London to study contemporary dancing at London’s Trinity Laban Conservatoire of Music and Dance. She met her husband Benedict in London, who moved to Pune with her.

The Major Breakthrough in Radhika Apte was the big Bollywood film, Badlapur. She played the role of Koko in the movie, which was a spectacular performance. “If her role in that particular film made you feel uncomfortable, that is exactly the story’s point.”

From Badlapur to Padman, her versatility was seen evidently. In Padman, she played Gayatri, wife of Padman himself, played by Akshay Kumar. From a bold role in Badlapur to a subtle and conservative housewife, Apte completely nailed it.

Andhadundh is one of the finest Bollywood movies starring Ayushman Khurana, Tabu, and Radhika Apte. Although Radhika was seen only in the movie’s first half, she did her best in that part.

Women, in 2018, entered the arena of Short Films. On 15th June 2018, The Lust Stories was released on Netflix, and this was perhaps the best of Apte. Radhika’s bold, classy, and graceful presentation got her nominations for the 2019 Emmy Awards.

Nawazuddin Siddique has become the favourite of the millennium generation. Here, she played the role of an Indian detective. A woman detective is usually not acceptable in Indian Society. This woman made it look so graceful that we couldn’t get over it. Radhika Apte is a complicated, dedicated, and sensible woman. All of her roles are a display of her versatility. She is a massive inspiration for the people who really follow their dreams and pass

7 statements that proved Radhika is none less than a queen!

The actress always prefers strong content over entertainment. Her outstanding performances in movies like Parched, Maanji: the mountain man and Padman have left us praising this beauty every time we watch her on a big screen. She is pretty serious about her career and never fails to impress her.

2.    Her reactions to controversies are always bang on! “When some of my intimate scenes from Parched were leaked online, I learned about it while having breakfast with my husband. I expected this to happen anyway, and we laughed it off.”

3. She doesn’t beg for roles in Bollywood. She believes that hard work pays best.

4. She is not a label freak. “I am not in favour of labels. The more you run away from one kind of label, the more people will try to put another label on you.”

5. According to her, boldness is nothing less than courage. You should be courageous enough to show your bold side to the world.

6. She does not believe in the opinions of others. According to her, you should do what makes you feel happy. “Kabhi main sexy hoon Kabhi bold Kabhi deglam. I don’t care about it. You just have to do your own thing.”

7. She differentiates between her professional and personal life pretty well. “I am very open about my marital status because it doesn’t have to do anything with my work.”

Well, you like her or hate her but you can’t ignore her. Happy Birthday Fiery queen! 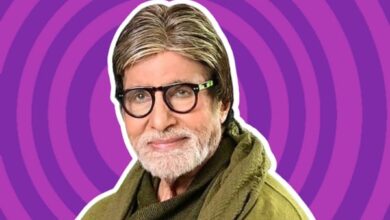 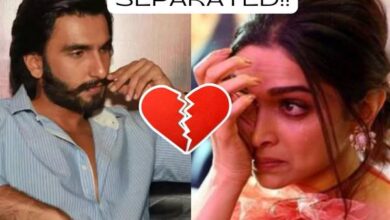