Witnessing Polyandry Within Patriarchy In the Ancient And Modern India

In modern society, polyandry doesn’t feel less than taboo, but society doesn’t fail us to impress with its fascinating events. Unlike polygamy, polyandry is not considered a normal practice, though the historical events suggest the uncanny events that were most likely very much accepted by society. The story of having multiple husbands at the same time can be found across India and Tibet.

Most polyandry events are linked to tribal practices, farming land disputes, and a connection with the Pandavas. In the region of Kinnaur, Himachal, people claim descent from the Pandavas and polyandry has been practised since the time of Mahabharat.

Was Draupadi the Only Woman With Multiple Husbands?

The story of Draupadi marrying five brothers is widely mentioned in several traditions and folklores. Regarded as one of the most powerful female characters of Mahabharta, Draupadi was the wife of five Pandavas. Many see Draupadi’s marriage as a rare practice, but the Vedic stories have mentioned several such events.

After Yudhishthir asked Drupada (Draupadi’s father) for Draupadi’s hand in marriage as a wife of all five Pandavas, Drupada called it a sinful practice.

‘The practice is sinful in my opinion, being opposed to both usage and the Vedas. O best of Brahmanas, nowhere have I seen many men having one wife. The illustrious ones also of former ages never had such a usage amongst them. The wise should never commit a sin. I, therefore, can never make up my mind to act in this way. This practice always appeareth to me to be of doubtful’

(Vaivahika Parva, Mahabharta. Translation from Disorienting Dharma: Ethics and the Aesthetics of Suffering in the Mahabharata )

‘My tongue never uttereth an untruth and my heart never inclineth to what is sinful. When my heart approveth of it, it can never be sinful. I have heard in the Purana that a lady of name Jatila, the foremost of all virtuous women belonging to the race of Gotama had married seven Rishis. So also an ascetic’s daughter, born of a tree, had in former times united herself in marriage with ten brothers all bearing the same name of Prachetas and who were all of the souls exalted by asceticism.

(Vaivahika Parva, Mahabharat. Translation from Disorienting Dharma: Ethics and the Aesthetics of Suffering in the Mahabharata )

In Vedic literature, the story of Sūryā (daughter of the Sun god Surya) marrying twin Hindu god Ashvins is another example of polyandry. In Rigveda, Asvins (Ashwini Kumara and Asvinau) were married to Surya after the Ashvins won her hand in a horse race competition.

Polyandry in modern society is not as rare as you think. From the region of the Himalayas to down Southern parts of India, polyandry is still in practice. Though polyandry is illegal in India under the Hindu Marriage Act 1955, it is strictly restricted to a few communities and tribes. Polyandry is practised in some parts of Himachal, including Bushahr, Jubbal, and Kinnaur, and among Kota, Khasa, Khasi, Ladani Bota, Toda, and Khasi tribal communities.

In a study published by research gate, it was found that over 13 per cent of marriages in Kinnaur are polyandrous. The major motives behind polyandry among the people of Kinnaur are imbalance in sex ratio, the practice of female infanticide, land and other property issues, primogeniture mode of inheritance, and prolonged absence of husband from home.

Read more- Revisiting The Most Powerful Female Characters Of Mahabharata

In a non-fraternal polyandry practice, a woman’s husbands are not related. They need not necessarily be brothers. The woman can have multiple sexual relations with different men. By turn, she goes from one husband to another, and while she is living with one, the other husbands do not have rights at that time. The Nayar communities of Kerala practice non-fraternal polyandry.

Though many may consider polyandry a taboo, the practice is still followed by several communities in India. In some cases, polyandry was even linked to land disputes. A study conducted by Punjab University found that polyandry is still practised in some parts of Punjab and Haryana.

Professor Rajesh Gill in her book ‘Gender, Culture and Honour’ mentions that some communities follow the practice to avoid land disputes and to escape poverty. We cannot make our opinion whether the practice is right or wrong, but the women shared positive and happy stories. 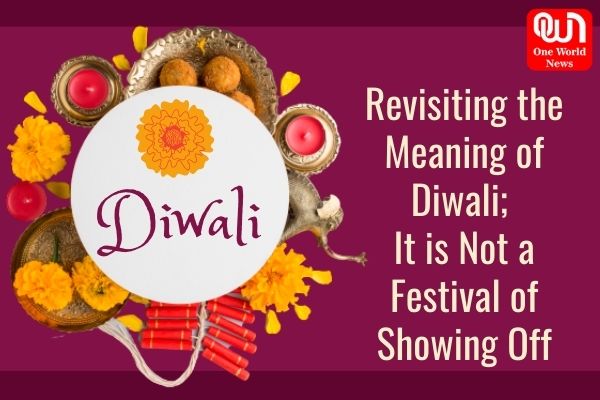