Where Girls are schooled for wearing Shorts and shirts, Indian cinema are obsessed with bare legs. What is this leg fetishism?

Not just this, in a Tamil Movie, Sivakasi, a girl was assaulted by a miscreant, and our “hello” literally blamed the girl and her clothes for all the harassment she faced. He further shamed her for wearing clothes equivalent to ‘Chaddi Bra’ because that’s what short clothes meant to be referred to as.

Why do Indians are obsessed with bare legs and have problems with revealing skin?

The idea of covering up your body because it was “proper” didn’t traditionally exist in India.

India was always free from showing skin. But how did we reach from there to here?

Read More- Most Indians are obsessed with Virgin Brides but why this hypocrisy?

Former Uttarakhand CM once said that a woman wearing ripped jeans is incompetent in teaching her kids’ Sanskar’. And, of course, the rampant slut shaming most Indian girls face every day.

Even global star Priyanka Chopra was trolled mercilessly for wearing a short dress during a meet with Narendra Modi in Berlin.

How obsession with bare legs captured the mind of the Indian audience?

You can say that films and cinema played a major role in it. At a time when the actresses were schooled on screen by the protagonist for showing legs, one section of cinema is obsessed with bare legs and not shy to show legs as a sexual object.

Remember that shot where girl is lying carefree and the camera panning, focusing on her legs in the most sexually and lustily way possible? Yes, you imagined it right.

South Indian industry has always been criticized for its obsession with midriffs and belly buttons. However, one more feather is now added to their cap.

Once in an interview with Film Companion, Pooja Hedge mentioned that she personally thinks legs are hot, but objectifying the legs maybe not. “The South has an obsession with navels and the midriffs. I rather have a guy look at my legs than my midriff”, said Hedge.

This obsession had successfully transferred to the audience. Multiple Quora and Redditt threads are dedicated to the actress’s legs and thighs.

Whenever a girl walks on the road wearing shorts or skirts, most eyes get hooked on her bare legs, making her uncomfortable in her own clothes.

A Quora user shared a thought which is a reality in most Indian households. He said, “As an Indian parent (male), how do I deal with my newly married daughter-in-law, who often wears extremely revealing clothes at home? Though I have nothing against her personal choices, it is quite uncomfortable for me to be around & look into her eyes.”

However, another user came up with a befitting reply.

“I think I am responding to a person who sits on a moral high seat thinking that everything about him is perfect.

By the way, what are extremely revealing clothes? If you belong to a particular religion, a woman who does not wear a scarf around her upper part of the body or hides behind a wall in your presence is revealing herself.

Suppose you belong to the common masses in the northern states of India. In that case, if the girl comes into your presence without covering her head with a cloth, it is extremely revealing.

For some people, a girl wearing a sleeveless top is revealing.

Finally, it is your problem for which you should find a solution, not others.

You want them to accommodate you in their house, and at the same time, you want to run the house according to your rules?! Not done.

If your son has no problem, why should you? Let them live their lives”.

And we can’t agree with you more.

If they are Obsessed with Bare Legs, This Should Be Your Reply

So, the next time people tell you that you are showing too much skin, remember to tell them this in some form.

The basic purpose of garments is protection and decoration, according to the varying climate and how you choose to expect yourself. Indian women in history have worn clothes that were comfortable and not complete.

2. Take ownership of your body

Who owns the female body? Is it men? Is it society? If we truly owned our body, would we think so much about everyone else before choosing what to wear? Will I be slut shamed if I wear this?

3.  You are not responsible for people’s actions

There is no shortage of people in India, even in the highest offices, who give out bizarre comments on what is acceptable for a girl to wear and what not.

Trust us, it’s not her greatest achievement if a woman wear revealing clothes. So, stop making such a big deal out of it.

So, dear ladkiyo ke rakhwale, who constantly tells us what to wear. India is a free country that gives all its citizens the right to choose what to wear.

It is a matter of personal choice, and no one can force you to abide by their opinions. However, men must always seek consent before predating someone’s personal space.

A girl being cultured or spoiled should not be part of the debate. And definitely should not be used as a justification for harassment against her. 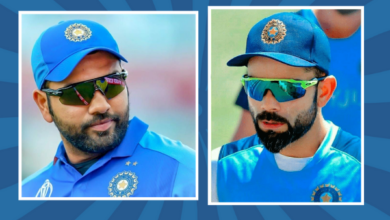 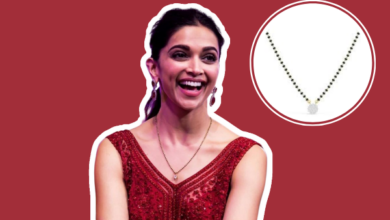 Mangalsutra Chains Every Woman Must Own