Government taking steps to prevent spread of the disease

The bird flu situation “is now under control and there is no need to further panic” as state governments are also taking steps in order to prevent spread of the disease, the Centre said today.

Birds in Delhi, Kerala and Madhya Pradesh have been tested positive of avian influenza AH5N8, which, according to the World Health Organisation (WHO), is considered less risky of being further transmitted to humans. But the government is not taking any chances and is also reviewing the situation on a daily basis.

“The situation is under control and there is no need to panic,” Animal Husbandry Secretary Devendra Chaudhry said after he has reviewed the overall situation of avian influenza in the country.

Punjab, Madhya Pradesh and Delhi have not been further reported any mortality of birds, he said in a statement.

On October 27, only one mortality among the wild bird was reported from Sanjay Jheel, Shakti Sthal, New Delhi. “The control and containment operation is over in Rajpura which is in Patiala district, Punjab. Surveillance is also being carried out.”

While in Kerala, the secretary has said that the state government has now initiated control and containment operations from the date October 26 at epicenter village Ramankary and Thakazhy in Alappuzha district and also the culling process is still ongoing.

Also, one of the scientists from Southern Regional Disease Diagnosis Laboratory (SRDDL), Bengaluru has been deputed to Kerala as a Central Observer in order to oversee and further guide the control and containment operations, he said.

The state governments have also been directed to be vigilant and ensure the surveillance of the disease and take all the bio- security or preventive measures, he added.

Let’s hope the government stick to its promises and do not let this disease spread across the country.

Have a news story, an interesting write-up or simply a suggestion? Write to us at
info@oneworldnews.in
Tags
disease featuredhomeews government

This Diwali celebrate ‘Peace and Harmony’

Experts still not sure over ayurveda drugs for diabetes 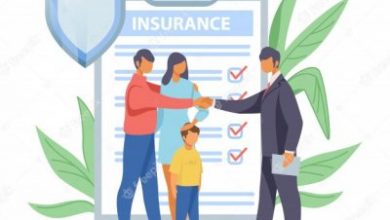 Why must you invest in health insurance?