The all-party delegation (APD) that has visited Jammu and Kashmir last week have asked the Central and the state governments to further take steps for a dialogue with “all the stakeholders” but has also asserted that there could be no compromises made on the issue of national sovereignty, on Wednesday.

The members of the delegation, which was headed by the Union Home Minister Rajnath Singh, met here today and had discussed the outcome of their interactions with the political parties, civil society and government officials during their visit on September 4 and 5.

A unanimous statement of APD released after the meeting had appealed to the people of the state to shun the path of violence and resolve all the issues through dialogue and discussion. 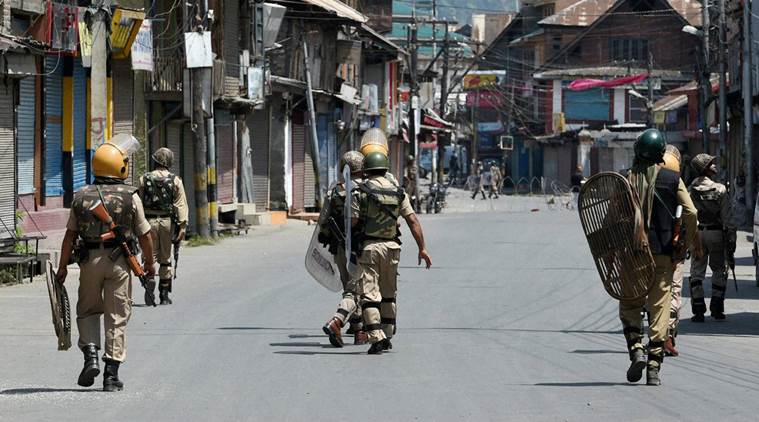 While some opposition leaders met the Hurriyat Conference leaders lodged in the various sub jails, hardliner Syed Ali Shah Geelani had refused to meet them.

While expressing serious concern over the current situation in the state, the statement said the members of the delegation were of the view that there is no place for violence in a civilized society.

At the meeting, both the governments were asked to take steps, so that educational institutions, government offices and also commercial establishment start functioning normally at the earliest. They also asked them to ensure that the citizens are provided with medical treatment and security personnel who are injured in the agitation.

After the meeting, Sitaram Yechurry, the CPM General Secretary has said that he had favoured some confidence building measures, which included banning of the pellet guns, medical help to the injured and also probe alleged excesses by the security forces.

Have a news story, an interesting write-up or simply a suggestion? Write to us at
info@oneworldnews.in
Tags
featuredhomeews Kashmir Nation Protest Rajnath Singh

The D- Day is finally here, iPhone 7 and iPhone 7 plus to get unveil soon!