New shuttlers will take time to match Saina and Sindhu’s level:- U Vimal Kumar, the renowned coach of India’s top woman shuttler Saina Nehwal, feels that it will be difficult for country’s current groups of youngsters to match the levels which are set by Saina and PV Sindhu.

Kumar, who was in the city in order to attend a reunion of the former players, told the media that 2012 Olympic bronze medalist Saina and 2016 Olympic silver medalist Sindhu are at “a different level when it comes to their physical tolerance and also commitment towards the sport.”

Kumar feels that, when it comes to the girls at the age of 18 or 19, they somewhere fail to sustain due to their physical and technical demands of badminton.

“They further need to be committed in order to break this barrier, but I do not see that commitment level from the current youngsters. And for the few who are somewhere committed, the physical attribute is a problem,” he said. “But we have to keep encouraging them and hopefully, they will break into the scene,” Kumar added.

Vimal sees potential in the Men’s game too

Meanwhile, talking about the men’s game, the former Asian Games bronze medalist, feels Kidambi Srikanth, B Sai Praneeth and Prannoy HS are talented enough to carry India’s flag on the international stage. “Players like Kashyap and Ajay Jayaram are reaching their 30s. So the onus is now on these players. In the junior level, there are players like 15-year-old Lakshya Sen, who I think is highly talented.”

Read Here : Saina Nehwal wants ‘Aggression’ from Kohli but why?

Kumar also made a special mention while praising Prannoy. “Prannoy is an attacking player and his smashes are some of the hardest in India. But for him also when it comes to toughness and long rallies, he has to develop and maintain patience,” he said. “He is a little injury prone. If he can work on that too, he can go on and win some big titles,” he added.

Kumar mentioned that the sport is moving in the right direction. “The government support since 2007-08 has been tremendous and a lot of kids have taken to the sport because of Saina. With Sindhu’s feat now, the interest is enormous,” he said.

Have a news story, an interesting write-up or simply a suggestion? Write to us at
info@oneworldnews.in
Tags
featuredhomeews Saina Nehwal

Lenovo unveils Z2 plus in India, Check out price and specifications here 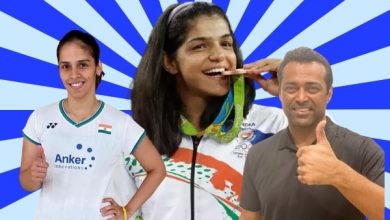 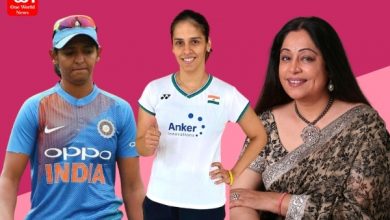