Nepotism, Groupism & Bullying, a deep rooted concept & a never ending debate: Is it only Limited to B- Town

Sushant Singh Rajput’s suicide has again given a spark to the never-ending debate of ‘Nepotism’. In recent years, one topic that has been looming constantly is Nepotism. The term has been present in the industry, but it only got prominence in recent years. The topic was first highlighted by the actress Kangana Ranaut when she was invited as a guest on Koffee with Karan. Since then, the discussion on the same remained on and off. Now, the sudden demise of young and talented actor Sushant Singh Rajput has brought this topic back into the light. According to reports, Sushant ended his life because he didn’t have any projects in hand. He had a fear of losing out everything. His last few posts highlight how desperately he wanted his fans to watch his films. Let us understand what is Nepotism, which means – A practice of giving work to friends and family by using power. Doing favours for a set of people.

People on social media are lashing out on Karan Johar and other celebrities for promoting Nepotism and making outsiders (People with no godfather) feel like a leftover. But the question is, Will this rage put an end to nepotism? Will everybody get fair and equal opportunities? Probably not, because the concept is deep-rooted and it has to be addressed not only by the talent but by society as a whole.

Can Nepotism and Talent Coexist?

Nepotism is not just restricted to Bollywood. It is present in every profession. Being in the glamour industry, we tend to see such cases more often here. If reports are to be believed, Sushant was banned from seven major production houses and fought with one of the big wigs in the industry. A group of people pulled down his morale. He was replaced by several films and this took a toll on his mental health. Well, there could always be room for all. Nepotism and talent can coexist. The concept is present in every profession and not just limited to Bollywood.  Nepotism was there and probably will always remain there and that is not the problem. The real problem lies – When a person with potential is deliberately pulled down, then the problem becomes scary. It brings in the concept of groups and bullying too.  For example, Sushant was facing all these consequences because he had said ‘No’ to some of the films offered to him by Yash Raj Films. The question is, what if any Star Kid would have said ‘No’. Would he or she have got the same treatment? After Sushant’s demise, a lot of celebs have come out and talked about their experience. Talent and Nepotism can co-exist. But if they are not deliberately given a chance or pulled down, then the system will surely collapse one day. But the sad reality is – The problem is deep-rooted. People who raise their voices are bullied and are often boycotted. Hence, everybody keeps working on compromised terms. They only wake up when something big happens.

Sushant was not the first actor to face groups. The list of actors who became the victim of Nepotism is endless. One of them is Govinda. A lot of times the actor has expressed his anger for not getting the right platform to promote his films. After a certain point in his career, he was not approached by the producers. Indirectly, he has blamed some big names in the industry for ruining his career. Now, if you analyse there are so many tweets of celebs talking about harassment they faced. But the question remains the same – Will this end?

No Profession is untouched

The hard reality is – No profession is untouched. Nepotism is present in every profession. People favour whom they know. Friends and relatives are given preferences. It is evident in the media and all other industries too. We got in touch with a few people & stories highlighted – How this problem has taken over. Mind you – It’s about Groupism, Bullying & Favouritism.

“I had a problem with the type of stories we were carrying. I had raised my voice and messed up with my Editor. He could not take that. I was forced to write down a resignation”, says Ex-Employee of a media house.

“My friend and I went for an interview. I wasn’t offered the job because my friend had an approach. He didn’t have practical knowledge but his father was an influential figure. This happens. Now, I am at a better place but took a toll on my self-confidence”, another 28-year-old man shared, working in a corporate.

“I was true to my work and that became a problem for others in the office. A chunk of employees started bullying me at the workplace. They attacked my character. I was not called for group lunch or meetings. They used to mock my mother tongue. Finally, I resigned as my mental health was draining”, says Special correspondent at a magazine.

These are common people talking about their struggles. If you look into Politics, cricket, or even business, the scenario is the same. Be it Gandhi clan in Politics ( Which is now witnessing a downfall)  or people holding powerful positions on Cricket board all have backgrounds. Talking about more examples, Tejaswi Yadav is a politician, he is the son of Lalu Yadav.
Looking at more examples:

Yadav Parivar – Mulayam Singh Yadav, Akhilesh Yadav & Dimple Yadav. Politician Ram Vilas Paswan also has his family in politics. His son Chirag Paswan,  Pashupati Kumar Paras ( brother) Ram Chandra Paswan. So, this is evident. Talking about cricket, Rohan Gavaskar, and Arjun Sachin Tendulkar are the biggest examples. On the other hand, we need to understand, they might get a chance but the journey is in their hands.

Filmmaker Kriti Nagar Sharma said, ” Why old songs are reused because nobody respects fresh talent. If you have a surname, you will be given breaks. She added their problem is at all levels, not only with actors. “

Crux – This is not just about just favoritism. There are many other ways to pull down a person. There could be enormous reasons- You are doing well in life, you are clear with your choices, you said ‘No’ to someone who is influential or you choose to move out of a certain contract.

If you closely observe Sushant’s case, he wanted the liberty to choose projects. But, big wigs made this choice only limited to star kids. Despite enjoying the same stardom, he wasn’t given the luxury to choose the projects he wanted. Finding talent and giving break is one thing, but bounding and not letting it grow creates a problem.

Read more: A letter to Indian Media from a Budding Journalist, you are making it tough for us!

Why Media needs to be blamed? What we can do as an audience?

From doing insensitive reporting to going hard on actors when they deliver flops, Indian media has forgotten the basics. The media hardly checks facts. A story of Sushant harassing his actress on the sets of Dil Bechara was everywhere. Did the media even check? Who are they to give judgments and call someone a sexual harasser? One wrong story can do damage to their entire career. What if his one film didn’t work? Does it make him a failed star? Drive, which was released on Netflix didn’t get a good response but that’s the part of the job. But Indian media drags it. Giving out Voyeuristic content has become an agenda. Public figures are human too, and it hurts to read fake content. This is about one story, there are millions of stories where one fake news story has ruined everything. It’s time for introspection for the media too. If they are a little sensitive, things will be better.

Today, audiences are lashing out on twitter and asking people to boycott a few people from the industry. But will you stop watching movies? Don’t forget it’s in our hands to make someone a star. We are served the content that we want to watch. We as an audience need to identify good talent and content, our business will make their work easy. Else, we will see many other Sushant’s ending life like this. Rage on social media will not take us anywhere. Let’s be honest how many of you have watched Sonchiriya? And what about Sanju? We know the answer. We have to make a choice. Jaideep Ahalwat has done brilliant work in the past also. The media didn’t write about him back then. After so many years of hard work he finally got his due credit in Patal Lok. It’s simple – The media and audience need to play an important role.

Double standards in the industry

This is something that needs special attention. A man who was well-read and had some big dreams will end his life in such a way – was shocking. The incident threw light on double standards of the Bollywood industry. People who never asked about his well being tweeted about him. This triggered his fans on Twitter. But let’s not forget. Not everyone is the same. Before we wrap up, let us introduce you to a different angle. Star kids have pressure to perform. Agree they get easy entry in the industry, but everybody has their journey. Every actor’s son or daughter is not a superstar. What’s special with them is – They get accepted even if they fail and that’s the double standard of this hollow industry. They don’t lend a helping hand when required and mourn after the death. People who are shouting today will continue to work. To make Bollywood a better place, the fraternity needs to address the issues. Big wigs need to promote good talent without feeling threatened by their success. They have to open ways for talent else they will keep making average films and we will continue to watch.

Blaming somebody for someone’s death is not fair. Sushant should get justice, but we jump to a conclusion, and start bullying others will not change things. The industry as a whole has to stop this! Don’t be so hard on outsiders! Don’t let dreams die. The tragic incident will scare fresh talent to even try, don’t do that. We will lose out on the content. Some actors and Films have left their mark and still haven’t got the due credit. Bollywood has to eradicate that feeling – Leftover, Not Accepted & Favouritism!

Can monsoon play a role in curbing the spread of coronavirus, Here's what experts have to say 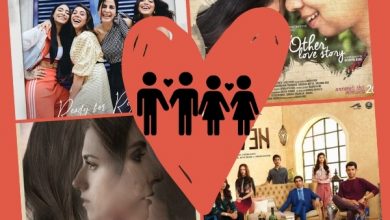