NASA has confirmed that it has received a signal from 540 million miles across our solar system, confirming that its Juno spacecraft has successfully started orbiting Jupiter, the largest planet in the solar system. 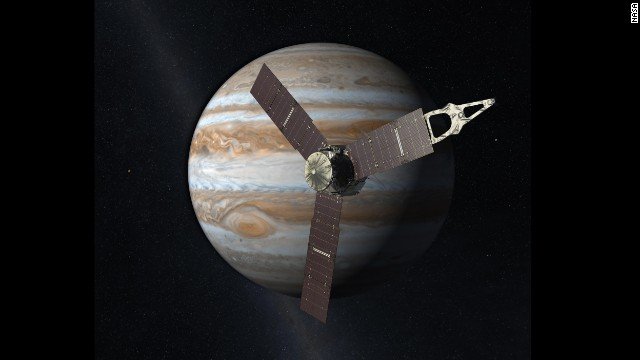 The Juno team could not control their happiness when the message “Welcome to Jupiter” flashed on the screens at the mission control at NASA’s Jet Propulsion Lab in Pasadena, which is in California.

The acting administrator for NASA’s Science Mission Directorate, Geoff Yoder said that it was phenomenal.

The probe had been conducted in a tricky maneuver in order to slow down enough to allow it to be pulled into orbit: It has fired its main engine for 35 minutes, further effectively hitting the brakes to slow the spacecraft for about 1,212 miles per hour (542 meters per second).Scott Bolton, the Juno principal investigator said that “NASA did it again”.

The Juno Project Manager, Rick Nybakken has said that “Through tones Juno sang to us and it was a song of perfection,” by referring to these audio signals the probe sent to indicate it was in the orbit.

The NASA’s spacecraft Juno was launched nearly five years ago on a mission to study Jupiter’s evolution and composition. It is the first spacecraft to orbit Jupiter since Galileo. Galileo had deliberately crashed into Jupiter on the date September 21, 2003, to further protect one of its discoveries — a possible ocean beneath Jupiter’s moon Europa.