Muslim representation in cabinets is way less than their population share

While reading “Discovery of India” by India’s first Prime Minister, Pandit Jawahar Lal Nehru, we came to know that the demand for a separate country for Muslims in the early 1900s came because they thought that India won’t have enough Muslim representation in the country. Later Muslim League became successful and Pakistan was separated from India during the Independence. The world saw the biggest migration as Hindus came back to India and many Muslims went to Pakistan. Many of the Muslims had decided to stay in India. Today, the population of Muslims in India is more than that in Pakistan. After almost 74 years of the separation, let’s look if the Muslims representation is in good shape in India.

In the recently formed NDA government in Bihar, none of the 15 ministers are from the Muslim community despite a 16.9 per cent Muslim population in Bihar. This was the first time in decades that Bihar cabinet didn’t get a Muslim minister. The lack of a Muslim representative is not limited to Bihar or just the NDA governments in various states, it can be found in non-NDA governments too.

Read more: The continuous protest of the farmers and an ignorant government, a saga which needs end 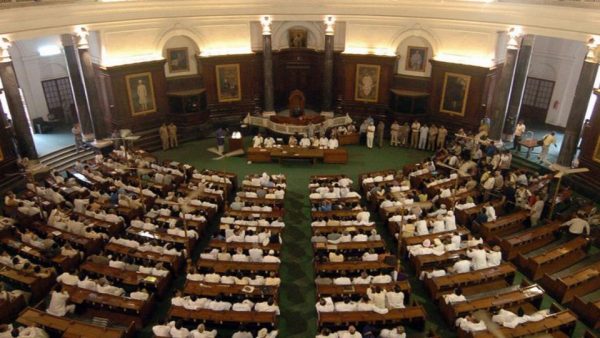 Numbers that will make you think

Four of these 10 states – Bihar, Karnataka, Gujrat and Assam do not have even single Muslim representative in the state government. The only BJP ruled state which has a Muslim Minister is – Uttar Pradesh. Mohsin Raza is the MoS in charge of Minority Welfare.

Right before the 2014 general elections, there was only one state – Gujrat, in these 10 states, which didn’t have a Muslim minister. There were 34 Muslim representatives, almost double than the general election just before.

Almost all the Congress government in the country have at least one Muslim Minister, with the highest in West Bengal (7), followed by Maharashtra (4), and Kerala (2).

As per the Census 2010, 14.2 per cent of the country’s population is Muslim but their representation as ministers is just 3.93 per cent.

The Bhartiya Janata Party has said that the absence of Muslim ministers from their cabinets is because of the absence of support from the Muslim community, and their hesitancy to join the party.

Across the states, there is only one elected Muslim MLA of BJP, Aminul Haque Laskar in Assam, who was recently made the Deputy Speaker of the State Assembly.

The UP Minister Mohsin Raza is not an MLA. He was elected into Legislative Council by the BJP-led state government.

In 2005, then- Prime Minister Dr Manmohan Singh had formed a committee to look into the socio-economic condition of the Muslim community in India. The committee was led by former Delhi High Court Chief Justice Rajinder Sachar. The panel reported that the Muslims lacked access to means of better livelihood. In its several recommendations, the Sachar committee highlighted the need for more Muslim representation in the state and local bodies.

The number of Muslims in the 17th Lok Sabha stands at just 27. Although it has increased from 22 in the 16th Lok Sabha, the numbers are underwhelming for the community. BJP which won 303 seats in the 2019 general election, has only one Muslim Lok Sabha member in the form of Saumitra Khan of Bengal. Lok Jan Shakti Party, which is a part of NDA at the centre also has one Muslim MP, Mahbub Ali Kaiser from the Khagaria, Bihar. The representation of Muslims in the 2014 general election dipped to lowest with just 22 MPs. It increased to 27 in the 2019 general elections. The highest number of Lower House MPs was in 1980, when 49 Muslim members were chosen.

Around 4.3 per cent of the representatives were Muslim in the year 1952. It increased to 9.3 per cent in 1977. But the number dropped down to the same number in the 1950s and 60s. In the current Lok Sabha, about 5 per cent of the total MPs are Muslims, while the country has about 14.2 per cent Muslim population.

The line between Inspiration and Plagiarism: A take on Content Creators Copying Content in the name of Inspiration