How Mount Everest is going to affect the lives of people nearby? Here is what the study reveals.

What does the study say?

How was the study done?

Mount Everest is also the concern of Sherpas of Nepal

Why is this alarming?

An annual loss of ice of decades worth is occurring on the highest glacier on Earth. According to a new study by researchers who extracted an ice core from the glacier. Ice that took around 2000 years to form on Mount Everest’s South Col Glacier has melted in around 25 years, which means it has thinned out around 8- times faster than it formed.

What does the study say?

The study, published in the Nature Portfolio Journal Climate and Atmospheric Research, found that South Col Glacier may have lost half its mass since the 1990s as a result of warming temperatures in the region.

The blame of shortening the peak rate has been put on warming temperatures and strong winds.

Unfortunately, it may disappear completely by the middle of this century!

How was the study done? 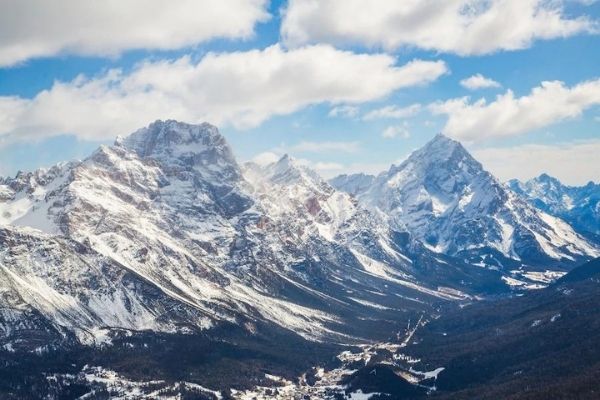 The effect of climate change on glaciers at this altitude has not previously been examined, even though the melting of glaciers has been widely investigated. A 10-scientist team visited the glacier, where they installed the world’s second highest weather monitoring stations. From the peak they extracted samples from a 10-meter-long (around 32 feet) ice core.

According to Expedition leader Dr. Paul Mayewski, the rapid melting could have a wide variety of “significant regional to global scale implications”.

Why is this alarming?

Findings indicate that rapid glacier melt could exacerbate the impacts of climate change at some of the Earth’s highest points. Impacts include more frequent avalanches and a drying-up of water sources that around 1.6 billion people in mountain ranges depend on for drinking, irrigation, and hydropower.

Mount Everest is also the concern of Sherpas of Nepal

The world record holder for the most ascents to the summit of Everest, Kami Rita Sherpa also mulls over the future of one of the world’s highest peaks. Rising temperatures are causing snow and glaciers to disappear at alarming rates.

“There was a big change compared to when I first climbed and my last climb,” he says. “During my first climb, there was more snow and ice. However, it is a lot rockier now because of climate change.”

He further added, “As a result of melting, the glacier gets smaller and smaller”.

As the glaciers shrink, hundreds of lakes have been  formed in the foothills of Himalayan mountains that could unleash and burst floods.

Himalayan glaciers are a major water source for nearly 2 billion people living around the river valleys and mountains below.

Read more: Climate Change and Migration: A Choice Between Flight and Death!

The scientists also noted that the glacier’s thick snowpack has been eroded, exposing the underlying black ice to the sun and accelerating the melting process.

According to Dr. Mariusz Potocki, who is one of the study’s leading researchers said that the findings revealed that the South Col Glacier may be on the way out-it may already be a ‘relic’ from an older, colder, time.

The melting of Mount Everest will drastically affect the lives of many people, locally as well as globally. Before scaling the heights, it is essential that we preserve our heights.

How to deal with an overly expressive partner?