India’s Capital Among The Top Most Polluted Cities

India faced another disappointment after it was ranked 5th in the list of most polluted countries in the latest global ranking compiled by IQAir, while Bangladesh managed to hold its position at the top in the list. As per the report, no country met the WHO air quality standards and 93 cities recorded PM2.5 levels 10 times higher than WHO’s air quality standards.

India’s national capital was among the top most polluted cities. The survey from 6,475 cities revealed that only 222 cities met the WHO standards for clean air quality. The WHO’s standard of hazardous airborne particles (PM2.5) is attributed to when PM2.5 particles do not exceed more than 5 micrograms per cubic meter.

As per the IQAir officials, some countries showed improvement in cleaning their air. As per Christi Schroeder, air quality science manager with IQAir. “There are a lot of countries that are making big strides in reduction”.

“China started with some very big numbers and they are continuing to decrease over time. But there are also places in the world where it is getting significantly worse,” he added. China improved its ranking and fell to 22nd place, a significant reduction from 14th place in a year.

Read More- Are we Insane or have Low IQ or Both?

In another analysis by WHO last year, India was ranked 3rd in the list of most polluted Asian countries, followed by Bangladesh and Pakistan. The analysis cited that nearly 100 percent of the South Asian population lives in areas that exceed key air pollutants limits set by the WHO.

India had promised a lot for improving its air quality. India even received international recognition and praise in the COP26 climate summit last year. As India’s air quality ranking is degrading, let’s see how India is planning to clean its air and perform on its promises. 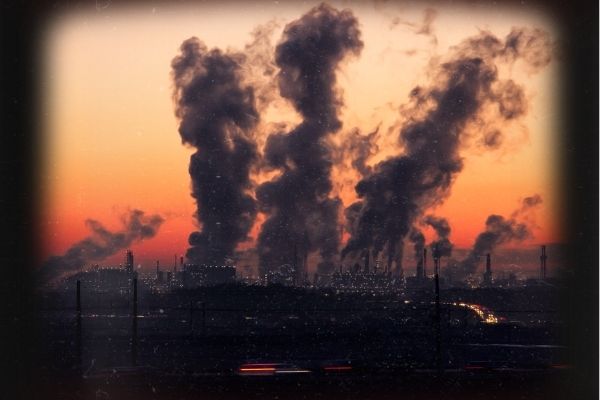 How Does Bad Air Quality And Air Pollution Affect Us?

Exposure to air pollution is extremely hazardous to human health. It is the biggest environmental threat to humans. Estimated, at least 8 million people die premature death due to air pollution, out of which, 3.8 million die due to indoor pollution. Millions others get exposed to cancer, asthma, heart issues, brain damage and other serious health related issues. Children, pregnant women and newborns are at the higher risk of exposure to bad air quality and related death. Estimated, 1.7 million children die due to environmental pollution every year. In 2019, nearly 500,000 deaths of newborns were attributed to air pollution.

China and India alone register over 2.6 million air pollution-related deaths each year. In a 2017 report published by Global Burden of Disease, every three minutes a child dies of toxic air quality in India. The report says that 1,95,546 children lost their lives due to air pollution-related diseases in 2017. Between 1990 and 2017, over 10 million (1 crore) children could not live to see their sixth-year. With 126 child deaths per 1,00,000, Rajasthan recorded the highest number of fatalities followed by Uttar Pradesh and Bihar, whereas the capital recorded 41 deaths per 1,00,000.

Indian capital Delhi remains at the top in the list of most polluted capital for the fourth consecutive year. Delhi witnesses a spell of extremely toxic period between November and January every year mainly due to stubble burning in the neighboring states of Haryana and Punjab. The PM 2.5 particles levels reacch to severe state between 500 and 600, which is over 20 percent than the WHO’s standards of air-quality index. In 2020, air pollution killed approximately 54,000 lives in India’s national capital Delhi.

According to the study by Greenpeace Southeast Asia, poor air quality claimed an estimated 1,60,000 lives in the five largest cities of India. 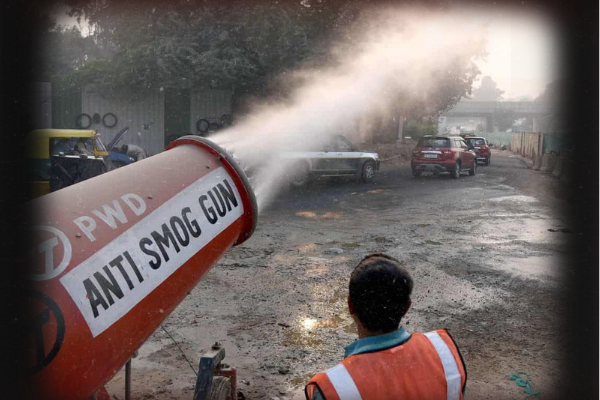 How Is The Indian Government Planning To Tackle The Air Pollution?

At the COP26 climate summit, Indian Prime Minister Narendra Modi received applause from UK Prime Minister Boris Johnson for his commitments to achieve net zero carbon emissions and for ‘One Sun One Grid One World’ initiative. But how do India’s commitments look on ground reality? How practical is India’s aim to become carbon neutral?

For the first time, India declared its aim to become a carbon neutral country by 2070. In a response to that, Boris tweeted

“India has today announced ambitious plans for half its energy to come from renewables by 2030. This will cut carbon emissions by a billion tonnes, contributing to a worldwide decade of delivery on climate change.”

“PM Narendra Modi has for the first time made a commitment for India to become net zero, meaning 90 per cent of the world’s economy is now committed to this goal. The UK will work with India to make even more progress, including through the Clean Green Initiative we discussed today COP26,” he added. 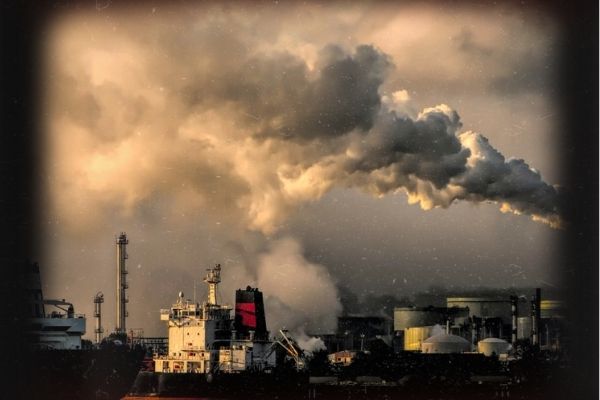 India’s road to be a net zero emitter of carbon is still full of potholes. India majorly relies on fossil fuels to generate most of its energy. Being a vastly populated country, India’s energy consumption is the third largest with roughly 32 exajoules, which is projected to go double by 2030. Now, to serve the energy demand and meet its commitment for net zero carbon emission, India needs to find a green alternative.

India aims to generate half of its energy demand through renewables by 2030, and as of 2021 data, the total installed capacity for renewable energy in India is over 151 GW. India aims to increase the renewable energy capacity to 500 GW by the end of this decade, which will eliminate over 1 billion tonnes of CO2 from the atmosphere. As per the official data, 45 solar parks of aggregate capacity 37 GW have been approved in India, whereas, the world’s largest renewable energy park of 30 GW capacity solar-wind hybrid project is under installation in Gujarat. 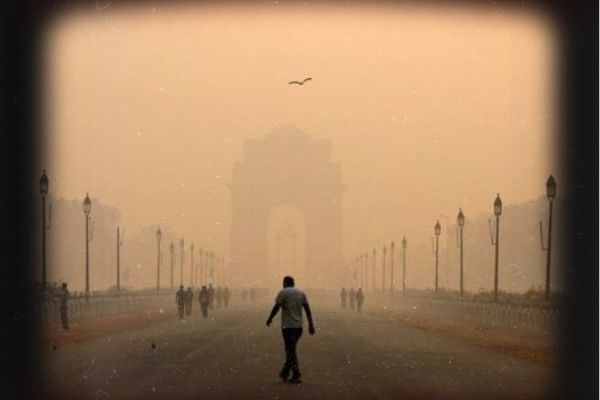 In January 2019, the Indian government launched the National Clean Air Programme (NCAP) scheme to improve air quality and reduce PM2.5 and PM10 concentrations by 20-30 percent in 122 cities by 2024.

India is also aiming for 30% EV sales penetration for private cars, 70% for commercial vehicles, 40% for buses and 80% for two- and three-wheelers by 2030 to reduce vehicular carbon emissions. The government introduced the FAME II subsidy and PLI scheme to promote green mobility in India.

India’s degrading air quality is a major topic of focus and the government should find a concrete solution to eliminate the air pollution. Breathing in clean air isn’t a choice, but a basic human right. Better air quality leads to better living standards and a better economy. Though the government has showcased some fascinating commitments on papers, they should really need to work on ground levels. Moreover, the government needs the contribution from the public too, a better air quality should not only be a concern for the government, but the citizens too. We need to start moving towards sustainable living and reduce our carbon footprints.

Alia-Ranbir took four Pheras: What does it mean, we asked our Astrologer!