Indian music and the lyrics writers have a long and deadly affection for sexist songs. Agree or disagree, at least it seems like that. There have been so many songs that have been researched upon and identified as sexist, but the fact that even now, when we have been developing in society that is maturing to identify sexism, and foul women representation, having such scud songs is what really disappoints us. Well, these songs are not just sexist, they also demean the very fact that women are becoming capable of achieving what they want.

If you are wondering what songs are we talking about, here is the list –

Well, the lyrics as they are makes women ask for – Jutti (shoes), chudiyan (bangles), haar (necklace), jhumke (earings) and whatnot. And for a fact, the guy is glorifying himself of how he holds the power to disapprove it of. It simply suggests that women can’t buy shoes and other stuff on their own and need thier guys to let them have the stuff they need.

Read more: Films that have been literally offensive yet have been passed by the censor board, and we wonder why? 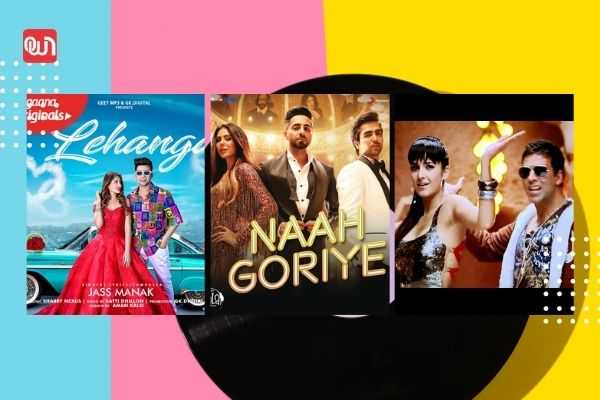 “Mennu Lehenga le de menhenga je marjaaniya”, in the entire song, the woman happens to be asking the guy to get her that expensive lehanga, and even asked to get her highlights done. She criticizes him for spending money on everything but not on her needs. She is offended by this behaviour and finally, when she gets the lehenga as the gift, she loves him again.

A complete song if you want to see what is the idea behind why women should have a slim trim body and why men desire that. A perfect example of men objectifying a woman’s body, but giving a real reason why do they body shame them because they have an affection for a body that has a waist size of 28 and weight of 48.

‘Mai Barish Kr du Paise ki Jo Tu ho Jaye meri’. A man can literally buy a woman with money, that is what this song suggests. He says you ask for money all the time, why do you fall for money, what happens with money, I will make a rain of money if you decide to be with me. Problem one, the women are supposedly the one who looks for a rich man, and two, the rich man thinks he can have her with him if, money is what she is concerned of.

‘Aaj kar le tu waada, phle le kr de Prada, nhi toh dur dur’ (Today first thing is to promise me of a Prada, otherwise stay away). This song suggests that women would be needing the guy to buy her the things from expensive brands as a way to be with them. Otherwise, the guy should just settle up for the liberty of watching her far away.

Well, these were some of the songs that we managed to spot, that are sexist, objectify women, and at the same time, it fuels the beleif that women can’t be self-dependent. They suggest that a woman needs a man to fulfill their financial needs and if the fact that the guy is fulfilling is the delimiter for the guy to have her. Well, we are not suggesting that a woman or a man, a couple can’t ask each other for gifts. It of course depends on their personal choices but the representation of these songs was flawed in the foundation.