Mercedes-Benz has launched 15 of its new models in the year 2015 and is all geared up now to introduce 12 fresh offerings in India this year.

In fact, this carmaker from Germany has been aggressive enough with its launch strategy and this is not only in India but across the globe.

Now, there is a document that had been leaked online post an internal summit of the Mercedes-Benz’s financial results for this year, has revealed that the Merc is set to launch nine of its new models in 2017. Besides these Mercedes models, there will be a two all-new models of Smart, which will also make their international debut next year. 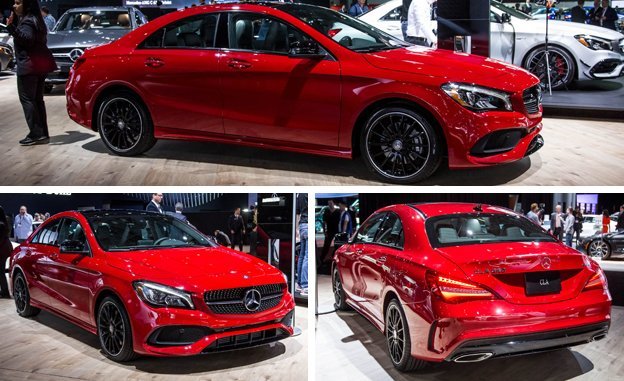 Mercedes-Benz will be launching 7 models in 2017

The document has also revealed that the Mercedes-AMG GT R is scheduled to be launched in the first half of 2017 while the other GT C will be making its way in the second half of next year.

However, whether the GT C will be a further soft top version of GT R or would be a compact iteration of the GT is still not clear. Apart from this the GT C, which is an updated Mercedes E-Class Coupe and the GLA will also be introduced. But interestingly, the GLA has been referred to as a coupe in the document.

The German automaker’s two new Smart for the Two cars which include the next-generation E-Class Cabriolet and also a cosmetically updated S- will also be launched in the latter half of 2017.

While in the meantime, the Mercedes-Benz India will be presenting the new C-Class convertible by this October-November and GLC Coupe by early next year.

Have a news story, an interesting write-up or simply a suggestion? Write to us at
info@oneworldnews.in
Tags
Automobiles Cars featuredhomeews

7 Signs you are not living your life but ruining it!