What do men think of their female friends? Kya ladka ladki dost nhi ho sakte? The real question is, – is it true?

Multiple researches reveal that men, more often than women, are physically attracted to female friends, even when both people define the relationship as platonic.  In this article, let’s take a look at what men think of their female friends?

Multiple studies have claimed that a majority of men spend quality time in their fantasy world. It is because they are needy and lonely in real life (IRL) and fantasizing makes them happy so they do it and since it is not harming anyone, they choose to do it time and again. But, everything has a limit.

After speaking to men on social media about this subject, and based on recent studies, here are some facts revealed about men’s sexual interests in their gal pals.

It would be fun to talk dirty:

Fantasies are something that excites you in their own weird way. Like sexting gives deep satisfaction and pleasure to a man and also to a woman. It has been said that men are experts in drawing a line between fantasy and reality, they really are! It is a fact that men will fantasize about anyone even if they don’t want that in real life. If a girl and boy start talking dirty even if it is for fun, and if they keep doing it, one of them is going to cross the limit.

She should be with me, not with her boyfriend:

Men become a bit possessive when it comes to women they care about. Perhaps, not all men, but a majority of them. It happens when they spot their female bestie with another man. If a guy has some romantic feelings for her then he will get as jealous as a human can be only because he thinks he can love her the way she is supposed to be loved.

Getting a feel of her body:

What matters is how much you value your female friend. There are some guys who just want sex from anything that moves but then again, those are SOME guys, not ALL guys. Not every guy desires friends with benefits.

In fact, millennials from various countries have already confessed to this thing on social media platforms like Facebook, Youtube, and Reddit! Many have admitted that they are crazy for their female best friend and are actually just waiting for her to make the move. Experts say that nothing can stop a man’s flight of fantasy.

Now, we keep saying this ‘some men’ because not every man feels the same way. A friend who really values you and cherishes you will never even imagine stuff like this and will never do anything remotely to this. Men can act weird in love,10 men revealed what love is for them Best practices for dating as a single parent in 2023 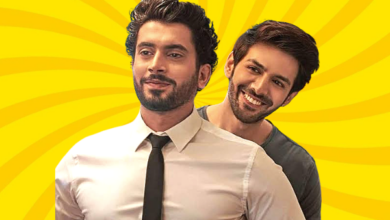